WARHorses’ Favorite Posts from “Ask the Past”

“Ask the Past” is a terrifically zany blog for bibliophiles. Drawing wisdom from antique texts, each post imparts strange advice with a modern zing. These ancient treasures have been exhumed by historian Elizabeth Archibald, who has a Ph.D. in History from Yale University. Her research focuses on medieval education and the history of the book, and she teaches at the Peabody Institute of the Johns Hopkins University. Below are a few of our favorite HORSE posts from “Ask the Past”. 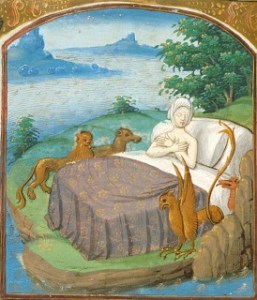 “A dream of hot waters bubbling up: this is bad.
Falling from a horse: consider this to be great disaster.
If you are sitting in feces, you will experience all manner of harm.
Beautifying your head is a good sign.
Embracing your mother is a very good dream.
Vomiting in one’s dream causes loss, my friend.
Eating hard-shelled seafood signifies illness.
Wine of the best vintage: expect joy.”

Sitting in feces is unlucky in waking life too, my friend. 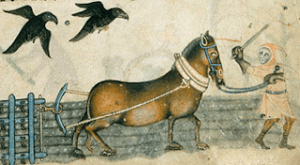 “Another kind of fire for burning enemies wherever they are. Take petroleum, black petroleum, liquid pitch, and oil of sulphur. Put all these in a pottery jar buried in horse manure for fifteen days. Take it out and smear with it crows which can be flown against the tents of the enemy. When the sun rises and before the heat has melted it the mixture will inflame. But we advise that it should be used before sunrise or after sunset.”

Revealed: the origins and operational tactics of Angry Birds. The text does not explain how you get the crows to fly against enemy tents, but my guess is you put them in a little avian catapult and aim it with your finger. 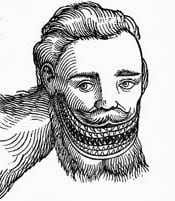 “A Dentrifice to whiten the Teeth. Take of Harts-horn and Horses Teeth, of each two Ounces, Sea-shells, Common Salt, Cypress-Nuts, each one Ounce; burn them together in an Oven, and make a powder, and work it up with the mucilage of Gum Tragacinth, and rub the teeth therewith.”

Why buy whitening toothpaste when you can make your own? A few treatments with toasted horse teeth and mucilage, and a shimmering smile can be yours! 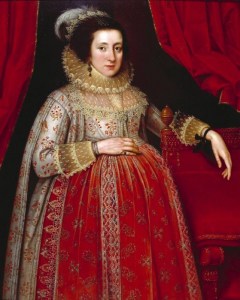 Marcus Gheeraerts the Younger,
Portrait of a Woman in Red (1620), Tate

“The women are troubled with nauseating and loathing of their meat, and oftentimes covet and greedily long for things contrary to Nutriment, as Coals, Rubish, Chalk, Lime, Starch, Oat-meal, raw Flesh and Fish or the like, which desire proceeds from a former contraction of evil humours… some Women as it has been noted by divers Authors of Credit, have been so extravegant in their longings, that they have coveted Hob-Nails, Leather, Horse Flesh, Mans Flesh, and the Flesh of divers ravenous Beasts…” 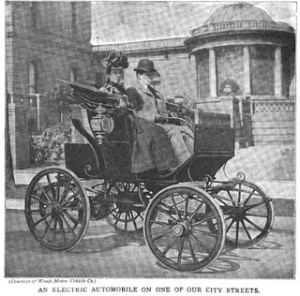 “Such a motor is odorless, almost without vibration, and is practically noiseless. It can run with great speed and climb almost any hill road so long as it is smooth… When the battery is empty it may be recharged again at electrical stations maintained for the purpose, after which the carriage is ready for its journey once more… Aside from the device for supplying power to the wheels, there are numerous others for guiding and controlling the machine when it is under way. Near the seat of the driver are a number of switches and levers, which to one just learning how they operate are rather bewildering… The driver must keep his eyes wide open and both his feet and hands busy. With his left hand he grasps the power lever which controls the speed, while with the right he manages the steering lever. He has one heel all the time on an emergency switch that cuts off the current, and at the same time must ring a gong to warn people of the approach of his pneumatic-tired conveyance. With the other foot he manages a reversing-switch that will back the carriage, while with his toes he applies a quick brake. When he wishes to turn on the lights he presses a button under the seat. So it may be seen that he is rather busy, and can never go to sleep and let the old horse carry him home.”

On second thought, just forget all the levers and focus on ringing the gong very loudly.

Reprinted with permission from “Ask the Past”.