After the death of Queen Victoria’s husband Prince Albert in 1861, the Queen mourned for 30 years. In doing so she fostered a fascination with funerals and mourning practices. This obsession spawned new funerary industries and an overall cultural determination that no expense would be spared in order to provide the dead with a proper send off.

Hence the rise of the funeral director. Where funerals had previously been arranged between the family and church, the increasing pomp required meticulous stage management. The undertaker emerged from being a side-line job of the local carpenter or job-master (who hired out horses) to presiding over and directing these displays. 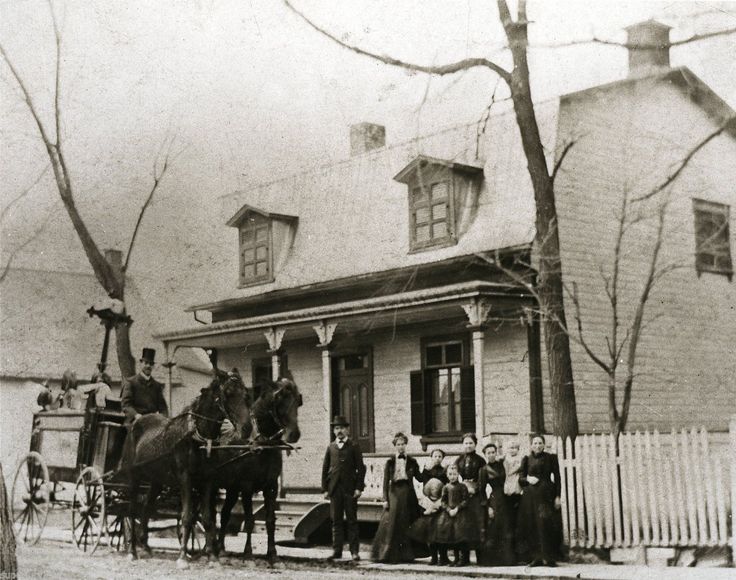 A respectable funeral was closely entwined with its cost and pageantry. A hearse and horses festooned with ostrich plumes were indicative of a person’s wealth. In 1869, James H. Shanahan illustrated a variety of these ostrich plumes in his Illustrated Catalogue of Undertakers Hardware and Trimmings. Poor people did not deserve plumes at all while two plumes meant that the deceased was of modest means while three to four meant that he or she was better off. If you could afford five or six plumes you were wealthy but having seven plumes was reserved for the truly rich.

The number and color of horses gave onlookers with an immediate assessment of the deceased as well as the family’s status. An elaborate funeral would consist of a horse drawn hearse hitched to four black horses. Whereas a single horse might pull the hearse of lesser means. Black carriages and black horses wearing black plumes were used for an adult funeral and white horses wearing white plumes were used for the funeral of children and youths. If a family wanted black horses and none were available, the funeral director would dye horses black to suit.

The essence of every funeral was the conveyance of the dead to the cemetery. The hearse was black with gold and silver decorations and was filled with flowers visible through the glass windows. A large canopy of ostrich feathers covered the hearse while the coffin inside was shiny and polished. The hearse was first in the funeral possession followed by coaches full of mourners who sat behind drawn blinds. Mourners, known as Mutes were employed to follow behind looking suitably despondent. 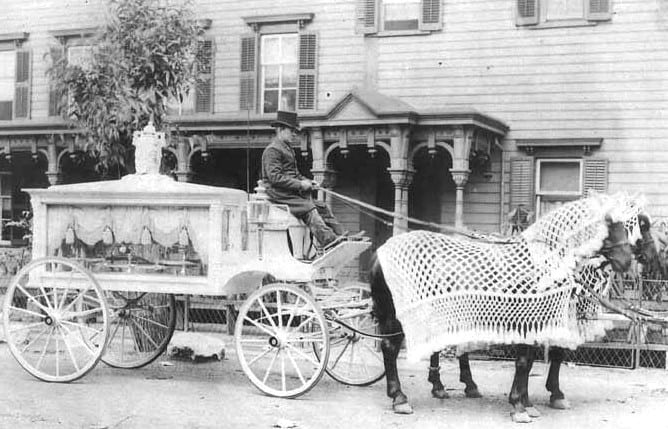 The procession made its way from the deceased person’s house towards the cemetery but often made a detour through a busy part of town for maximum effect. Once the trip through town was complete, the procession moved into a brisk trot until the cemetery gates were reached and then a sedate walk was in order towards the chapel for the ceremony. The burial itself was witnessed by the men only then the entourage returned to the house for a meal.

Victorians were obsessed with the dead and dying. Stalworth, they upheld what were considered proper convections that today we would consider somewhat macabre. For instance, a prevalent fear of the time was being buried alive. To offset that concern, an industrious person invented coffin alarms. A bell was attached to the headstone with a chain that connected to a ring placed on the finger of the corpse. Thus giving the terms “dead ringer” or “saved by the bell” new meaning.