The odds of twin foals surviving is 1 in 10,000. It is certainly uncommon but HOW rare? For perspective, the following things are as likely as your mare having twins.

Let’s meet three sets of twins who beat these remarkable odds in 2017.

Indiana Twins
The Masons knew their mare Lil Miss Botique was going to have twins 19 days into her pregnancy. Their vet tried repeatedly to reduce the pregnancy but for naught, these foals were determined to survive. As her due date drew near the mare, Tiki, was taken to a local veterinary hospital. As fate would have it, she went into labor while the vets were preoccupied with an emergency surgery. Turns out they weren’t really needed. Tiki delivered both foals without assistance. Woodcock Pocket, a black Tovero colt, and Charming Opal, a black Tovero filly were born March 26, healthy and strong. 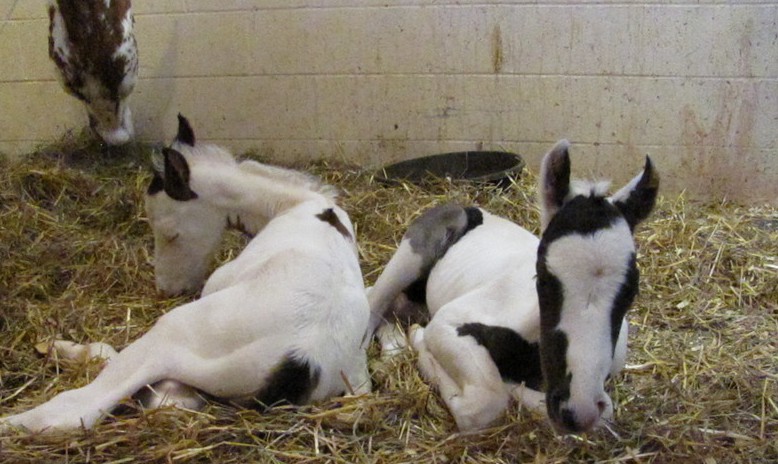 The twins spent their first week at the hospital due to the cold March weather, but came home full of energy. Mom has been taking good care of the foals producing plenty of milk for both.

UK Twins
Hillside Animal Sanctuary in Norwich is hope to over 1800 neglected and abused animals. Last year they took in 40 pregnant and abandoned mares including a Thoroughbred named Donna. The local vet scanned the mares advising that one was likely carrying twins, but it wasn’t Donna. So everyone was surprised when Donna went into labor April 7th and delivered twins. 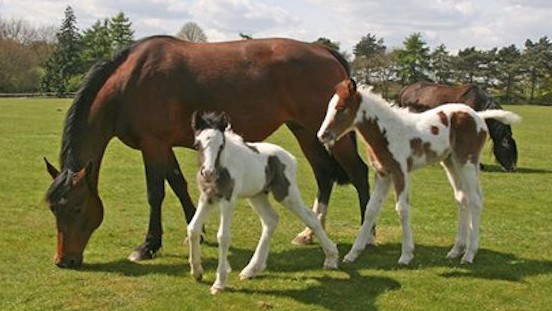 The first, smaller foal, Tina, was born without trouble but Donna needed help to deliver the larger, second foal, Tom. Once on the ground, all three were examined and found to be in good health.

“We are all keeping our fingers crossed that the newly born siblings continue to thrive which will mean three lives have been saved,” said the sanctuary spokesman.

Texas Twins
The Tuckers knew their mares, Sophie, was due anytime. They are not novices to foaling, as they regularly breed producing rodeo prospects. They tend to forgo ultrasounds, opting instead to carefully monitoring the mothers during their pregnancies. 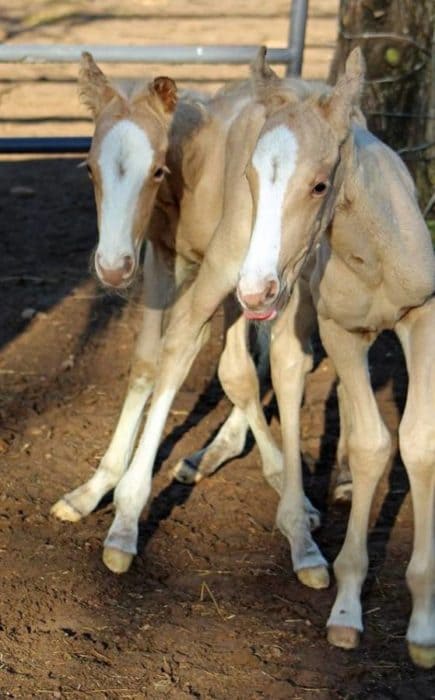 Sophie gave birth to twins on May 11 just before midnight. The foals were small so the Tuckers scooped them up in their arms and drove to the local veterinary hospital. The foals have been treated with fluids and plasma and will remain at the hospital through early June.

The smaller foal, Bonnie, is rambunctious and “a pistol”. Clyde initially struggled but grows stronger each day. He is a genuine sweetie – happy to sit in your lap.

Welcome to the world twins!