This is Your Chance to Witness the Birth of Racing Royalty

Springtime in Kentucky means one thing – foals! This year the public has unprecedented access to foaling with FOAL PATROL! The National Museum of Racing and Hall of Fame developed this unique interactive web program that allows fans an up-close, day-by-day look at the foaling process at Thoroughbred horse farms.

Due Jan 28
Sabbatical at Claiborne Farm in Paris, KY, in foal to stallion War Front

Due Feb 2
Stopchargingmaria at Three Chimneys Farm in Versailles, KY, in foal to Pioneerof the Nile

Due Feb 19
Centre Court at Shawnee Farm in Harrodsburg, KY, in foal to Medaglia d’Oro

Due March 15
La Verdad at Edition Farm in Hyde Park, NY, in foal to Tapit

Due March 31
Memento d’Oro at Old Tavern Farm in Saratoga Springs, FL, in foal to Bodemeister

Three additional mares are scheduled to be added to the Foal Patrol roster in March 2018: Via Veneto at Double Diamond Farm in Ocala, FL.; Bird Town at Gainesway Farm in Lexington, KY; and Arravale at Chanteclair Farm in Versailles, KY. 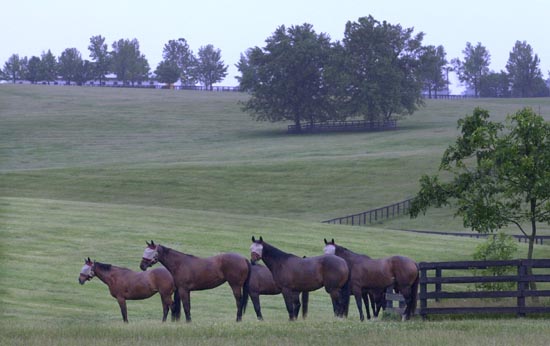 FOAL PATROL will provide viewers with unprecedented access to what daily life for a mare in foal is like. Each individual mare page will feature updates on the horse and extensive educational content, including information on breeding, nutrition, information about the stallion the mare was bred to, and fun facts. There will also be a comprehensive background of each mare that includes her racing history, video, and image galleries. Regular blogging, video content, and audio interviews will keep fans of the horses updated on daily activities. Following the foaling, there will be updates on the development of the foal.

Fans following FOAL PATROL can sign up for various contests, including opportunities to name some of the foals once they are born. There will be several prize packages announced throughout the duration of FOAL PATROL that will feature unique racing experiences including box seats for the 2018 Kentucky Derby and Kentucky Oaks as the grand prize, seating six at the finish line at Churchill Downs.

You can also sign up for alerts when there is notable activity involving the mares such as new blog postings or when the mare is close to the foaling date. Countdown clocks for each mare’s expected foaling date are included throughout the site. 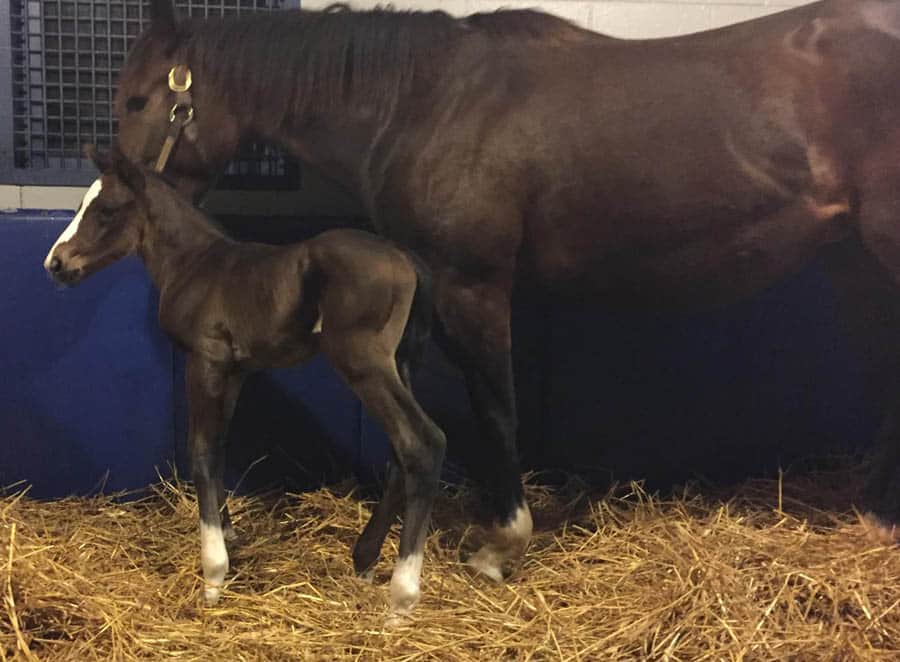 Born January 3, 2017, American Pharoah’s first foal! Christened “Pharoah’s First” by his owners, he is the first of a new racing dynasty. READ MORE about his “Royal Birth”.