There’s No Turning Back – Genetically Engineered Horses are Here

No longer the hyperbolic motto of science fiction, technology has achieved the means to make horses faster, stronger, better.

Cloning experts at Kheiron Biotech in Buenos Aires, Argentina are focused on manipulating the DNA gene sequence that controls the growth of muscles. The technique, Crispr – Clustered Regularly Inter-Spaced Palindromic Repeats, uses a microscopic protein to target specific sections of DNA and cut them. Using Crispr, technicians at Kheiron Biotech modify horse DNA to develop significantly more muscle mass. What does that mean? These genetically modified horses will have greater endurance to run farther and faster, much faster.

Fictional nonsense? Not at all, it is today’s reality.  Healthy altered embryos have already been produced and are waiting to be implanted into surrogate mares, perhaps as early as 2019. The first engineered Super Horse may well win the 2023 Triple Crown or all the Gold Equestrian Medals at the 2024 Paris Summer Olympics or both – why not?

Genetic modification has been used in equine sports for over a decade. The first cloned horse, Prometea, was born in 2003. Cloned horses are not uncommon in professional polo. In 2016, polo star Adolfo Cambiasco, rode six horses all cloned from the same horse and won the Argentinian open. The International Federation for Equestrian Sports (FEI) lifted the ban on cloned horses in 2013 recognizing that it takes more than DNA to make a champion – environment, training, nutrition – that a clone horse is unlikely to accomplish the same feats as its original.

Crispr however is different from cloning. Cloning is simply a genetic copy of an original living form. Crispr will generate horses that have been deliberately altered to affect improvement. Currently there are no rules preventing genetically modified animals from international competitions including the Olympics. That may change once the first Super Foal hits the ground.

The lab anticipates that this technology will bring progress in horse breeding by being able to achieve better horses more quickly than with traditional breeding. 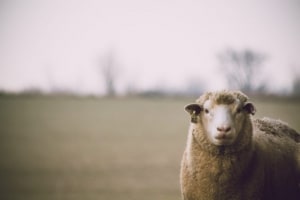 Read how Edward Muybridge’s running horse photo was imbedded in DNA – then retrieved!