Recently a friend called and asked if I wanted to go to a local Paso Fino show. Not knowing much about Paso’s, going to a show sounded interesting. It certainly was. We spent the entire day at the event mesmerized by these beautiful horses.

One of the morning classes was a halter class. Two finely dressed men each holding a long lead drove the horse forward between them crossing the sounding board. The horse moved down a strip of planks which amplified the sound of his footsteps for the judges. The audience cheered wildly as the horses gaited one by one down the board, my friends and I looked at one another and shrugged. What the what?

Throughout the day we watched formal and pleasure riding classes. We anxiously awaited the costume class and were not at all disappointed when only one rider competed, she and her horse were turned out beautifully. Mid afternoon was the junior lead line class. Two girls, about 5 years-old, atop polished stallions were led once around the ring then down the sounding board by their parents. The judges spoke at length with each girl, then decided both deserved blue ribbons. The girls beamed as they left the arena to loud applause and cheers (so cute). 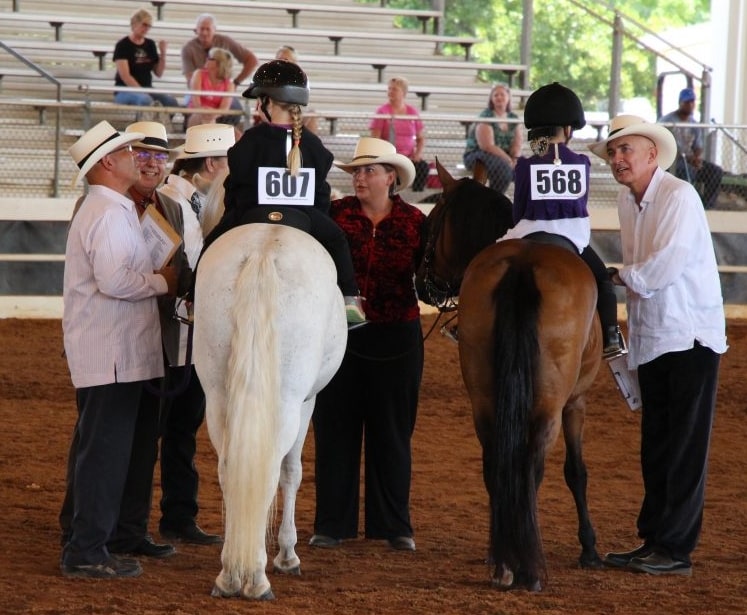 I learned a great deal at the show watching the horses and talking with their proud owners. Paso Finos are well versed at many occupations including team penning, driving, endurance and gymkhana but are particularly popular trail horses for the comfort they afford riders. After all, it was for this purpose, distance riding, that the breed developed.

Today’s horses are refined into distinct bloodlines but they share a common starting point. The breed developed from horses introduced in the early 1500’s by the Spanish conquistadors. On his second voyage to the Americas in 1493, Christopher Columbus brought 20 horses and 5 mares, twenty years later the first governor of Puerto Rico imported more Spanish horses. These horses, Andalusians, Barbs and Jennets are the foundation stock, particularly the Jennets, an extinct breed known for its unique four-beat ambling gait. 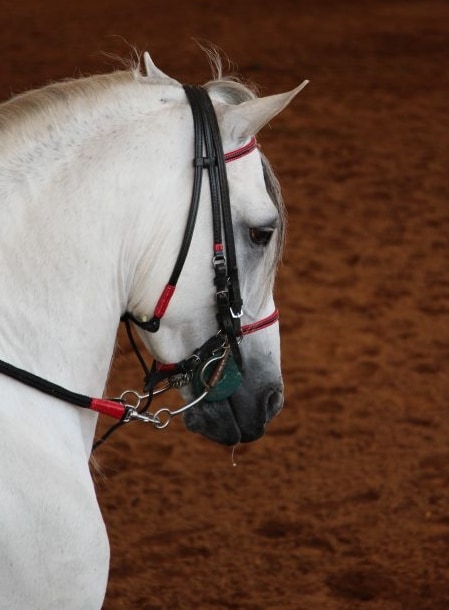 These “new world” horses were bred for particular characteristics; beauty, stamina and a smooth gait that one could ride all day. As the Spanish moved deeper into the continent, remount stations were built and horses bred to support them. Two breeds developed, Peruvian Pasos and Paso Finos. Both retained the smooth, four-beat lateral gait from the Jennet but they developed distinct expressions of the gait.

The horses in western South America to Peru were relatively isolated between the Pacific an Andes. From these horses developed the Peruvian Paso bred to cover long distances on mountain trails, where man needed a smooth horse with a big stride to cover long distances and manage challenging terrain. In Puerto Rico and Colombia, the Paso Fino breed developed. These horses were bred to maximize a smooth, quick moving stride comfortable to ride across large plantations.

Paso Finos came to the U.S. in the 1950’s and 60’s imported by members of the armed service who had purchased horses while on duty in Puerto Rico. U.S. Paso Finos fall into two categories: PPR (Pure Puerto Rican Paso Fino) originated in Puerto Rico while CCC (Columbian Criollo Horse) from Colombia. In the U.S. these two breeds have historically been interbred but more recent trends are to preserve the distinct bloodlines.

Paso Finos come in a variety of colors, sizes and shapes – small and refined to muscled and bulky. Paso Fino translates in English to “Smooth or Fine Step” the horses are not trained to move in this fashion, it is their natural gait a quality breeders try to maintain. PPR’s are prized for a fine delicate step while CCC’s fashion a quick piston-like movement. 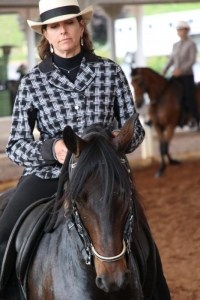 Classic Fino – A collected show gait with rapid even footfalls covering as little ground as possible. When moving over the sounding board (define) their footsteps should sound like rolling thunder. Only about a quarter of Paso Finos are able to perform this classic movement. It is a highly prized show gait.

Paso Corto – Slightly extended, the desired gait for trail riding. Speed of a trot but smooth for the rider, motionless. A Paso can maintain this gait all day.

Troche – Is a unique, inherited gait unique to a specific genealogical line of Colombia Paso Finos. It is an uneven diagonal four-beat gate, very smooth but considered a fault by some breeders.

My friends and I left the show knowing a little more about this breed and its devoted band of competitors. My novice ears could not discern between the gaits but the audience cheers helped me understand which horses were moving more correctly down the sounding board. Every competitor was obviously proud of their horses and supportive of one another. I certainly enjoyed a lovely afternoon with friends admiring the elegant Paso Fino. 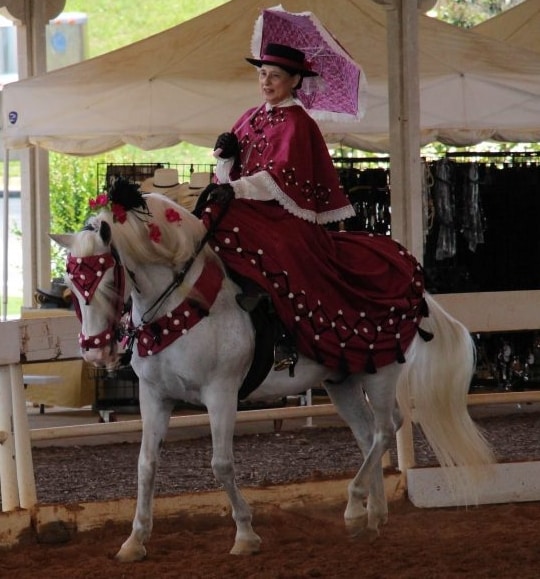 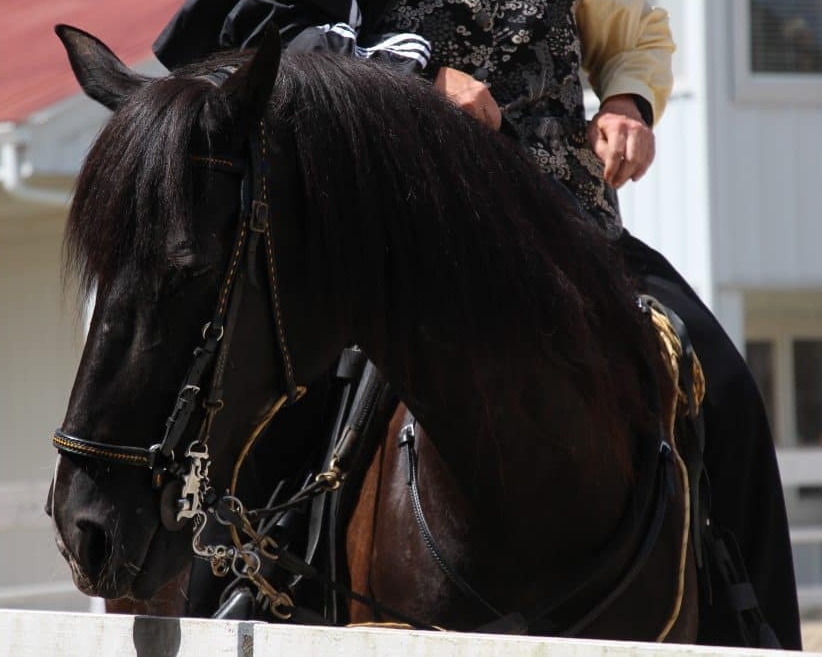 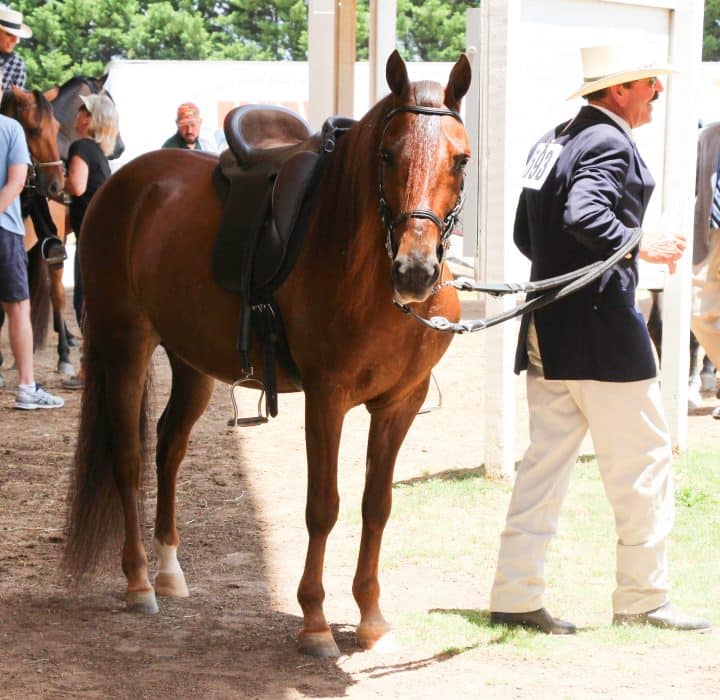 Other Horse Breeds Featured on WARHorses 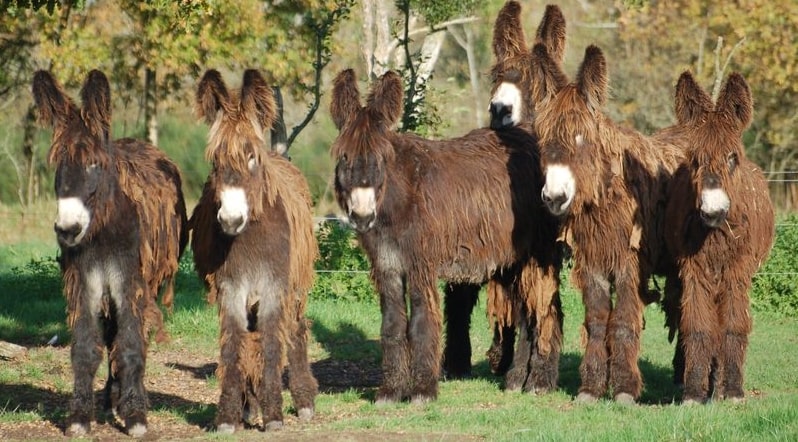 Read About This Rare Breed of Donkey Recently Featured on WARHorses