The Power of Love

The Skidi Pawnee lived in Nebraska along the Missouri River from the late 1600-1800’s. The tribe’s rich history was kept in a sacred bundle, an animal skin wrapped around sacred items like an ear of corn or an eagle feather. Each item in the sacred bundle represented a great event which the keeper of the bundle knew and would tell to tribe members. Their traditions were oral but fortunately for us an Englishman wrote down some of the Skidi’s stories in the late 1800’s. This is one of their tales, a beautiful explanation of how the Skidi came to possess the spotted horses.

The Woman Who Became a Horse

There was a village, and the men decided to go on a warpath. So these men started, and they journeyed for several days toward the south. They came to a thickly wooded country. They found wild horses, and among them was a spotted pony.

One man caught the spotted pony and took care of it. He took it home, and instructed his wife to look after it, as if it were their chief. This she did, and, further, she liked the horse very much. She took it where there was good grass. In the winter time she cut young cottonwood shoots for it, so that the horse was always fat. In the night, if it was stormy, she pulled a lot of dry grass, and when she put the blanket over the horse and tied it up, she stuffed the grass under the blanket, so the horse never got cold. It was always fine and sleek. 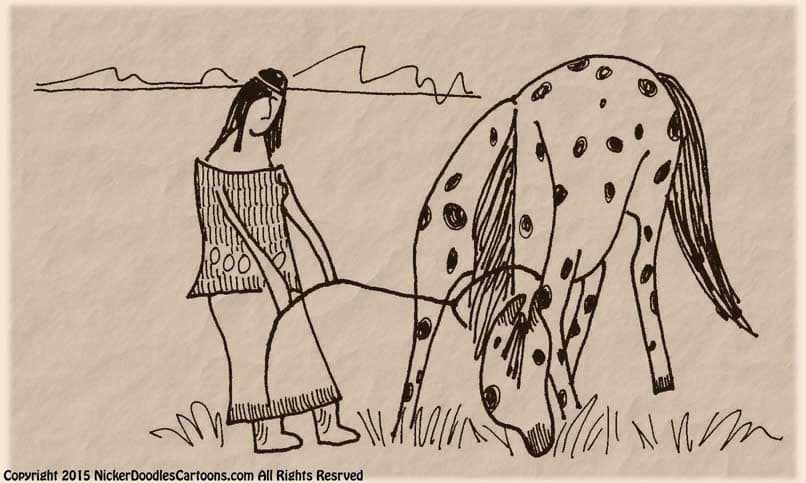 One summer evening she went to where she had tied the horse, and she met a fine-looking man, who had on a buffalo robe with a spotted horse pictured on it. She liked him; he smelt finely. She followed him until they came to where the horse had been, and the man said, “You went with me. It is I who was a horse.” 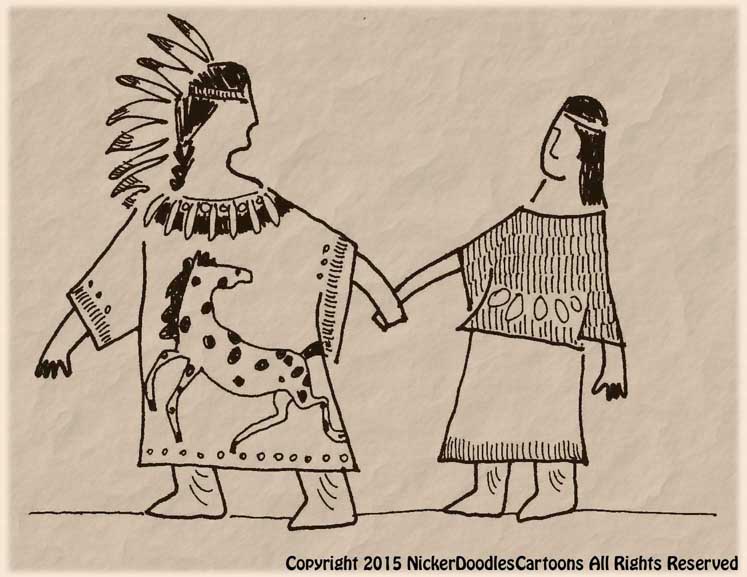 She was glad, for she liked the horse. For several years they were together, and the woman gave birth, and it was a spotted pony. When the pony was born, the woman found she had a tail like that of a horse. She also had long hair. When the colt sucked, the woman stood up. 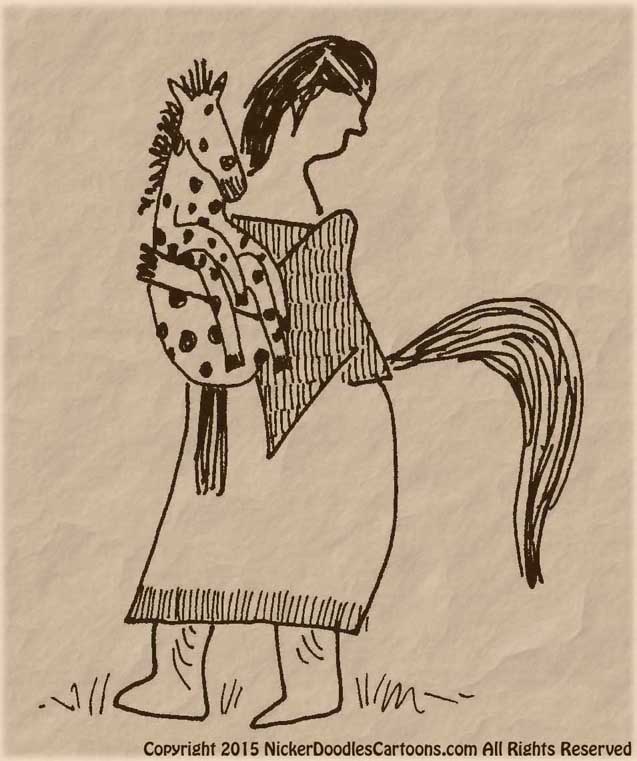 For several years they roamed about, and had more ponies, all spotted. At home the man mourned for his lost wife. He could not make out why she should go off.

They were hard to catch, but at last they caught them, all but the woman, for she could run fast; but as they caught her children, she gave in and was caught.

People said, “This is the woman who was lost.”

Her husband was sent for, and he recognized her. He took his bow and arrows out and shot her dead, for he did not like to see her with the horse’s tail. The other spotted ponies were kept, and as they increased, they were spotted. So the People had many spotted ponies. 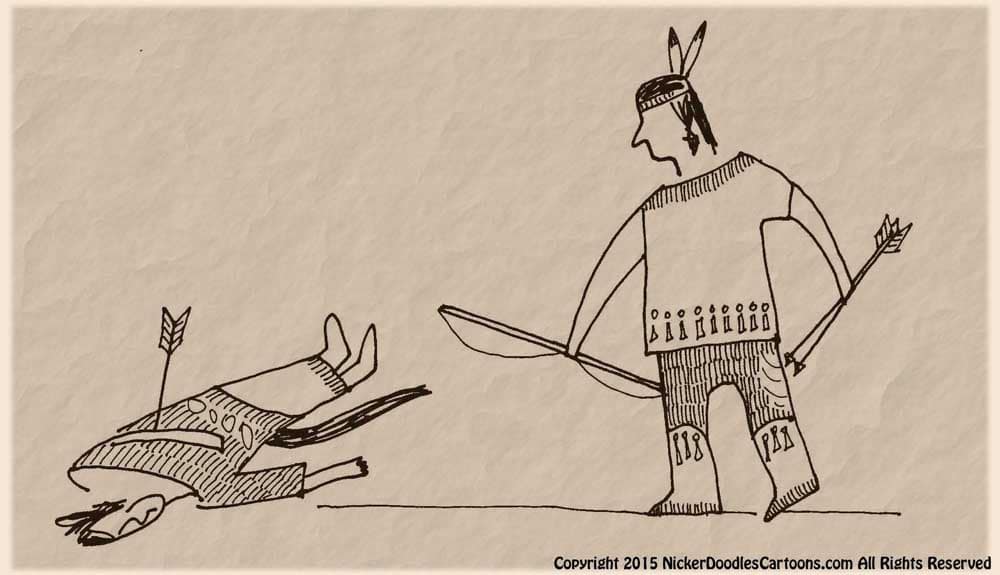 About the Author: Melanie

I am the founder of WARHorses. If you met me when I was very young, you would have found me crawling on the floor on my hands and knees, whinnying and prancing, pretending to be a horse. I begged for a horse but my parents held firm convinced that I would forget horses as soon as I was old enough to drive, work and date. That didn’t happen. After college, the first thing I bought was a Ford Mustang. The second thing was an Arabian filly. The Mustang is long gone, but 31 years later, that Arabian filly, um mare, is still eating grass in my pasture. Surely a horse must be my spirit animal. My heart melts every time one of my horses looks directly in my eye making that timeless, non-verbal conversation with silly human me. I am convinced that horses run through my veins racing alongside red and white blood cells. I wonder how many of you feel exactly the same way? Welcome to WARHorses!