Elvis Presley was born January 8, 1935 and died on August 16, 1977. The King’s cultural legacy lives on through his music and films,  but did you know Elvis loved horses? He rode and personally cared for his horses when he was at his home Graceland in Memphis, Tennessee. 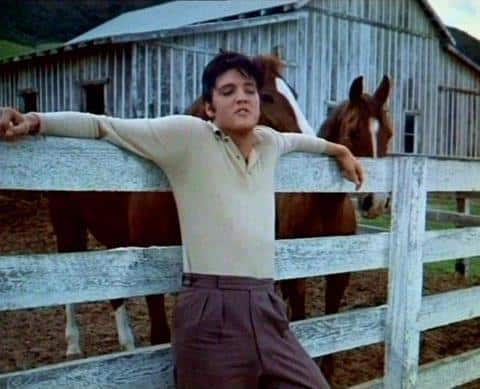 In 1957, Elvis purchased Graceland, which included the barn behind the mansion. The barn, like the house, was built in 1939. Elvis kept a few horses and a donkey but became a serious horse owner in 1966. That Christmas, Elvis purchased two horses, Domino and Sheba, for Priscilla, his soon-to-be wife, and her friend Sandy so they could ride together. 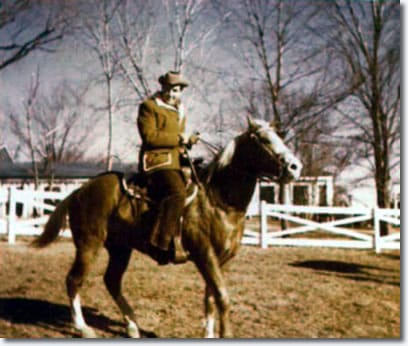 Elvis bought a palomino Quarter Horse, Rising Sun, for himself and the barn was appropriately renamed “House of the Rising Sun”. Before long before the barn was full of horses. One of Elvis’ favorites was a Tennessee Walking Horse named Bear. He also loved Mare Ingram, named after Memphis Mayor William B. Ingram.

Elvis enjoyed his horses and shared his passion buying horses for friends and family. He particularly enjoyed greeting his fans at the gates of Graceland on horseback, often riding either of his favorites Rising Sun or Bear.

“He would dress for each occasion,” says Priscilla. “When he got on Bear, he would dress up in a suit and a hat and actually put on a show and gait the horse in front of the fans so he could show off his horsemanship. Fans would go nuts. When he rode the palomino, he 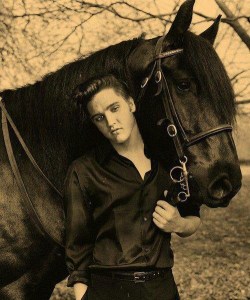 would change into western clothes and have races up and down the front lawn of Graceland. The police would be called to direct traffic because 300 to 400 cars would be lined up on Elvis Presley Boulevard to watch Elvis at play.”

In honor of their importance to Elvis, stewards of Graceland will always accommodate horses on the estate. Current residents include; Candy, Tuscan Sun and newcomers Max and Bandit, rescues adopted by Priscilla Presley to celebrate Elvis’s 74th birthday.

“Elvis’ office faced the back of Graceland and the stables, and he would see the horses out there and say, ‘This is the most beautiful sight, to look out my window and see these great animals having fun. Taking care of the horses and going out to the stables was probably the best time of our lives. I think it’s great to carry on that legacy and that tradition. Visitors to Graceland get to see and feel what he experienced,” reminisced Presley. 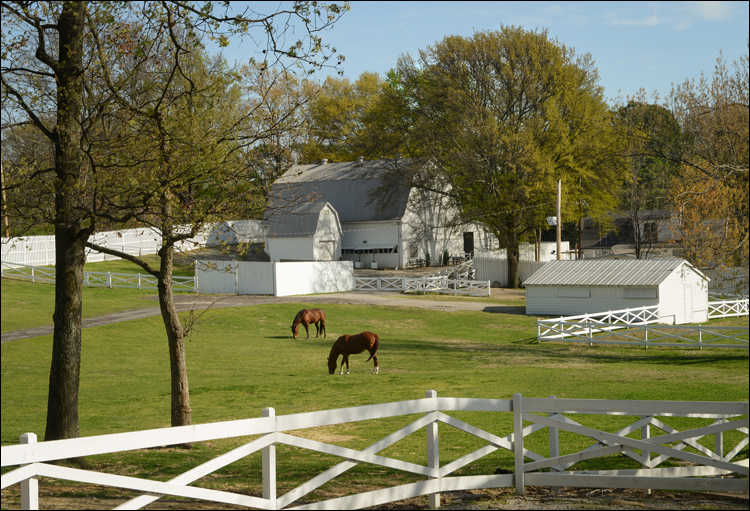 What name did Elvis give the barn at Graceland?

HOUSE of the RISING SUN