They look like BIG bunnies but we can attest that they are pure genus equus – meet the Poitou donkey. 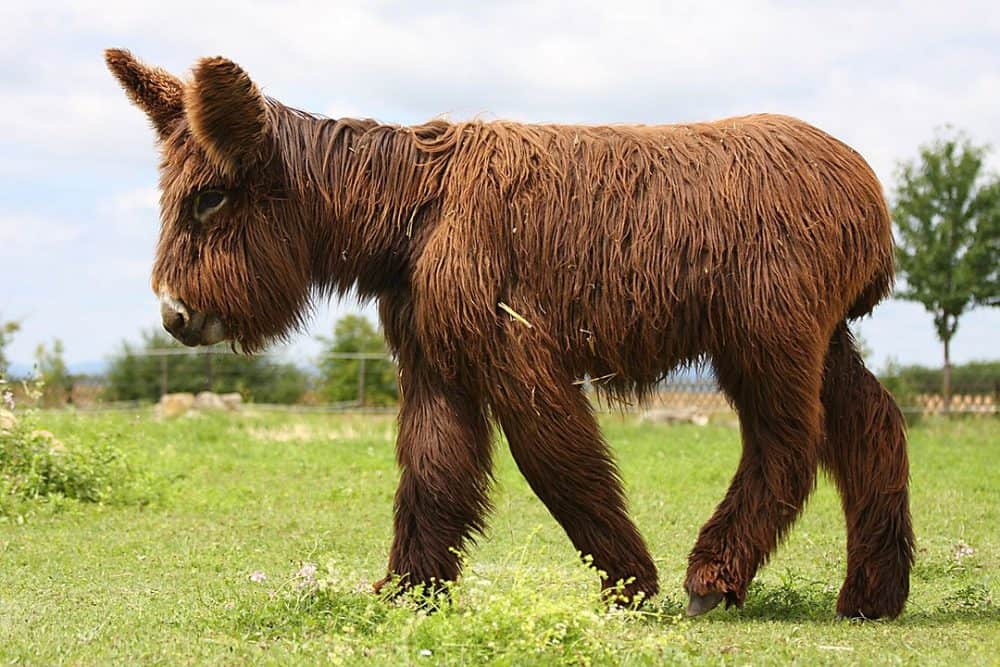 The Poitou Donkey, also known as the Baudet de Poitou or Poitevin Donkey, are thought to have been brought to Europe by the Romans. Throughout history, they have been regarded as a status symbol for their owners. For centuries the Poitou were the foundation for working horses. Jacks bred to Mulassiere mares were highly desired by farmers and transporters for their soundness, strength and good minds. Poitou were regaled as sires of superior mules. Annually 15,000 to 18,000 mules were sold in the mid 1800s.

Their coats are dark brown and black, they have white underbelly, nose and rings around their eyes. They have large features – heads, leg joints and ears. Some ears are so large that their weight causes they to flop sideways. The Poitou’s most distinctive feature is their matted coat, hanging cords of soft hair called a “cadenette”. 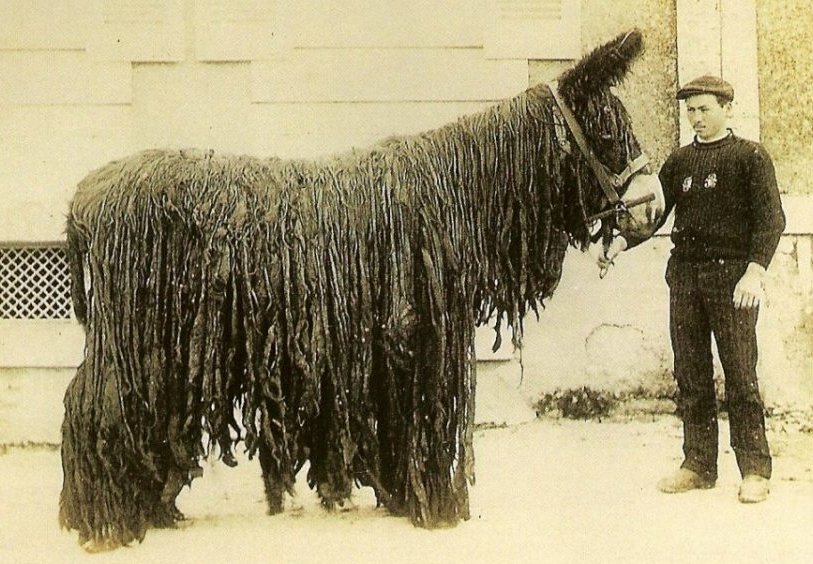 Poitou donkeys became status symbols of the wealthy during the middle ages – the shaggier the coat, the more highly valued the animal. By the 18th century the breed’s characteristics were well defined and a studbook was established. As many as 15,000 were sold annually. By the next century mechanization (and war) obliterated the breed. By 1977 only 44 donkeys survived and the mortality rate for foals was nearly 30%. Public and private breeders joined forces to save the Poitou. The studbook, abandoned for nearly a century was reestablished and split between pure and part breds. By 2005 there were 450 registered purebreds.

The American Livestock Breeds Conservancy lists the Poitou as Critical, a category for breeds with less than 2,000 animals worldwide. Science has certainly impacted efforts to save the breed. In 2001 Australian scientists implanted a Poitou embryo in a Standardbred mare resulting in a healthy birth. More recently, establishment of a sperm bank coupled with improved means for artificial insemination using the frozen semen has helped conservation efforts on a global scale. 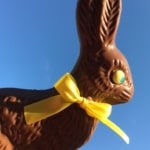 Connect with WARHorses Around the World!

Our GROUP PAGE is a great place to connect and share with other “Women of Age”. Its our community venue where every WARHorse may freely post – share a video of your latest trail ride, ask questions and offer your own advice that may help a fellow WARHorse.