Some Horses Are Stars

When we have a keen interest in something, we tend to become hyper-aware of its presence. Certainly for any WARHorse, that special “thing” is a horse. Driving down the road, we’ll spot a horse a mile away. We’ll watch any TV program, even commercials, that include horses. We’ll read every news post with “horse” in the subject line. Our horsey radar is finely tuned and having horses EVERYWHERE is a good thing.

In the dark of night when we can’t see them, horses surround us. They are enormous beings ever-present looking upon us from afar. No, this isn’t the start of a scary Halloween story. Its so much simpler than that. Just step outside. Look up.

Pegasus is one of the largest constellations. Located in the northern sky it is named for the great winged horse of Greek mythology. Astronomer Ptolomy first identified Pegasus in the 2nd century. 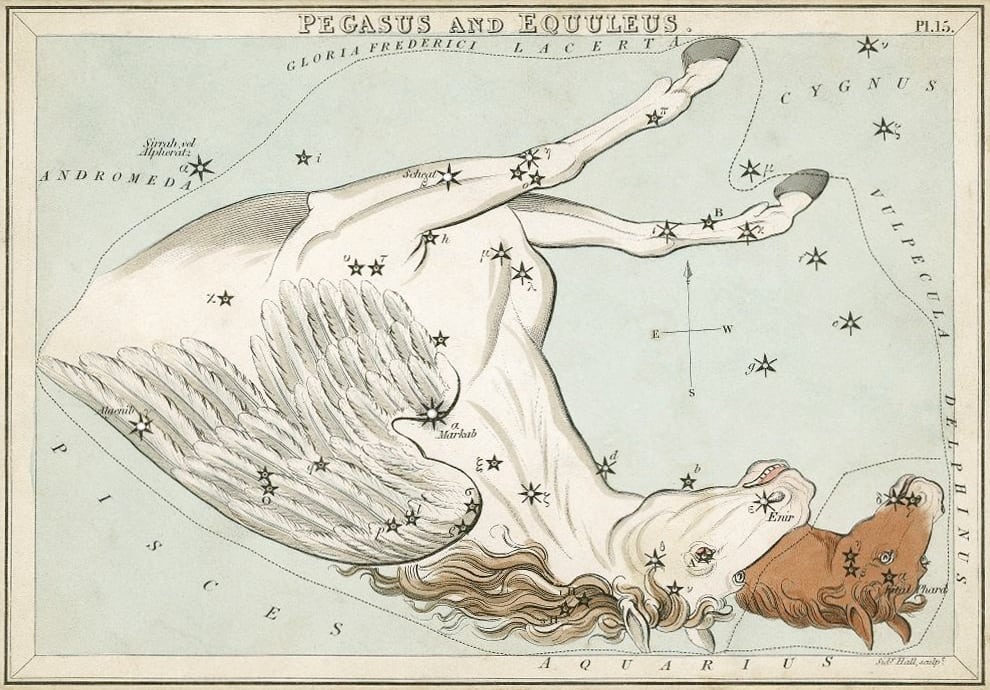 Known as the “First Horse” because it rises immediately before Pegasus, is the small constellation, Equuleus. It’s Latin name means “little horse or foal”, the constellation represents a small horse’s head.

Discovered in 1877 by Asaph Hall are the two moons that orbit Mars. They are named after Phobos (panic/fear) and Deimos (terror/dread), warrior horses that pulled the Roman God Mars’ chariot into battle. 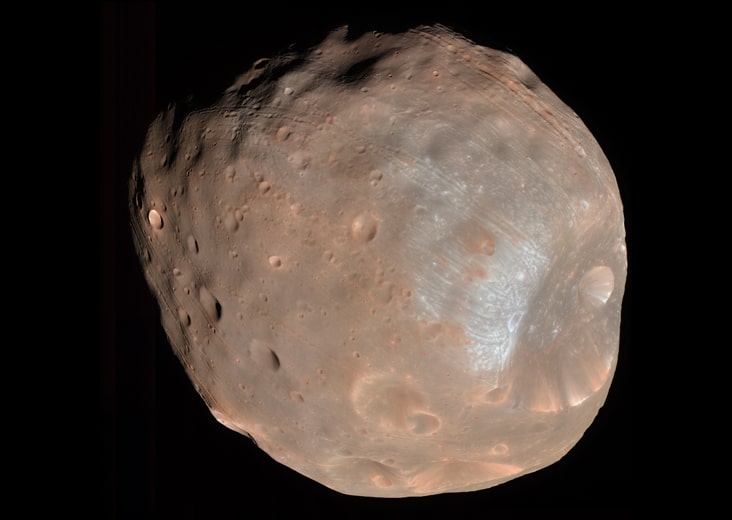 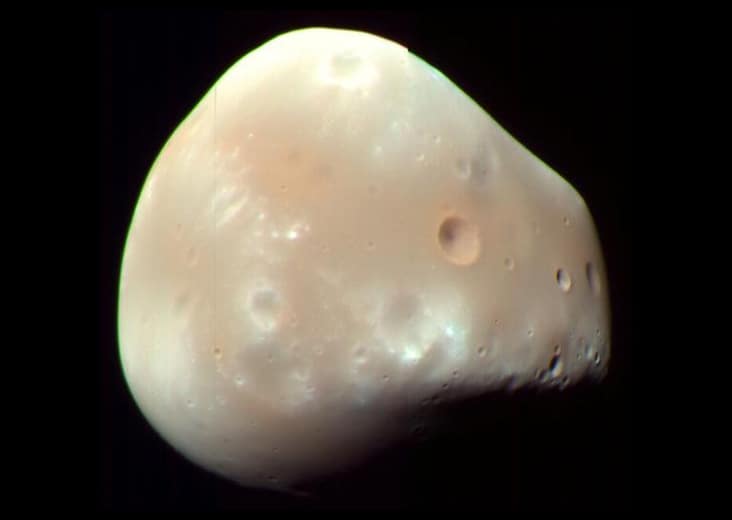 Astronomers struggle to characterize these odd-shaped moons who bear more resemblance to asteroids than to Earth’s moon. Phobos is 14 miles across and Deimos is 8 making them the smallest moons in our solar system. Phobos orbits only 3700 miles (6000km) from the Martian surface. It zips around the planet three times a day slowly spiraling inward at a rate of 6 feet (1.8 meters) every century. Mark your calendars, on this trajectory it will collide with Mars in about 50 million years.  By comparison Deimos orbits 12,470 miles (20,069 km) away circling Mars every 30 hours and slowly drifting away from the planet. Apparently one moon “gees” and the other “haws”.

You need a telescope to see the Horsehead Nebula. It is part of a molecular cloud complex located along the constellation, Orion’s Belt. The horse form takes shape from heavily concentrated dust and gas that blocks the light of the stars behind it. The pink glow behind the Horsehead Nebula originates from hydrogen gas that is ionized by the heat of a nearby star. 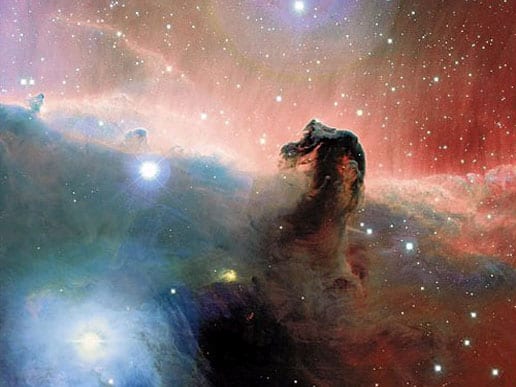 The Horsehead Nebular was discovered in 1888 by Scottish astronomer Williamina Fleming. It is 1500 light years from Earth. We’ll be able to enjoy it for millions of eons more but eventually the new stars forming within the mass will burn off the cloud, and the Horsehead Nebula will be no mo’.

Equuleus is a constellation, the name is Latin for “little horse” or “foal”. It was also discovered by Ptolemy. The brightest star within Equueleus is Alpha Equulei, a yellow star 186 light-years from Earth. Its traditional name means “the section of the horse”. 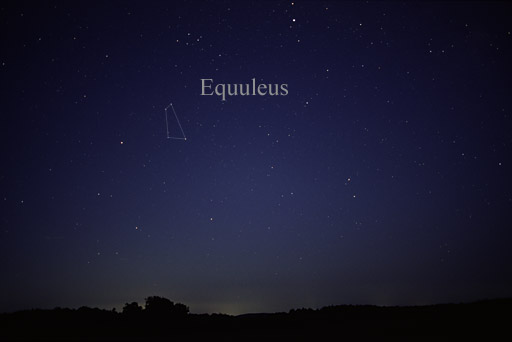 Tonight once its dark, look up to the heavens. But don’t be afraid because amidst the twinkles you’ll find many horses.