Metro Meteor (2003 – 2018) was a fierce competitor at the track winning 8 turf sprints and earning $300,000. After 3 years racing and 2 knee surgeries, Metro was no longer competitive and retired. Ron and Wendy Krajewski, who owned a percentage of Metro, decided to adopt him for themselves. They would give him a safe, forever home and enjoy trail riding. At least that was the plan. 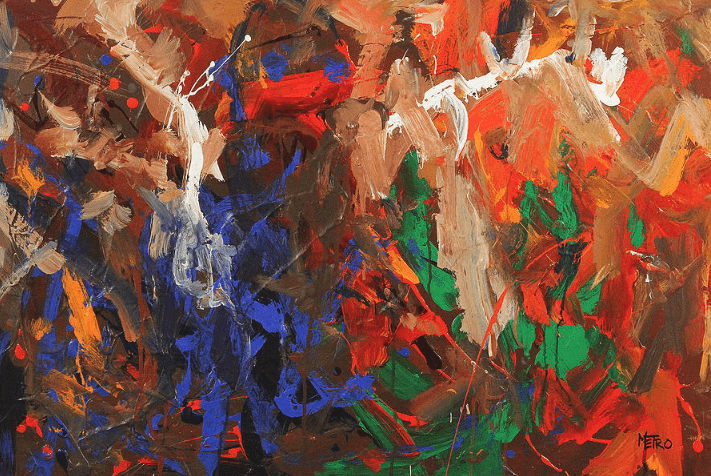 Metro is a uniquely talented horse artist but how does his art compare to the masters of abstract expressionism? Below are several paintings, can you tell which were painted by Metro? Tap the question below each painting to flip the card and see if your guess was correct. Good luck! 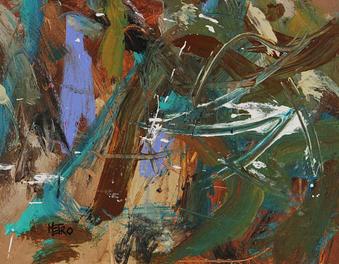 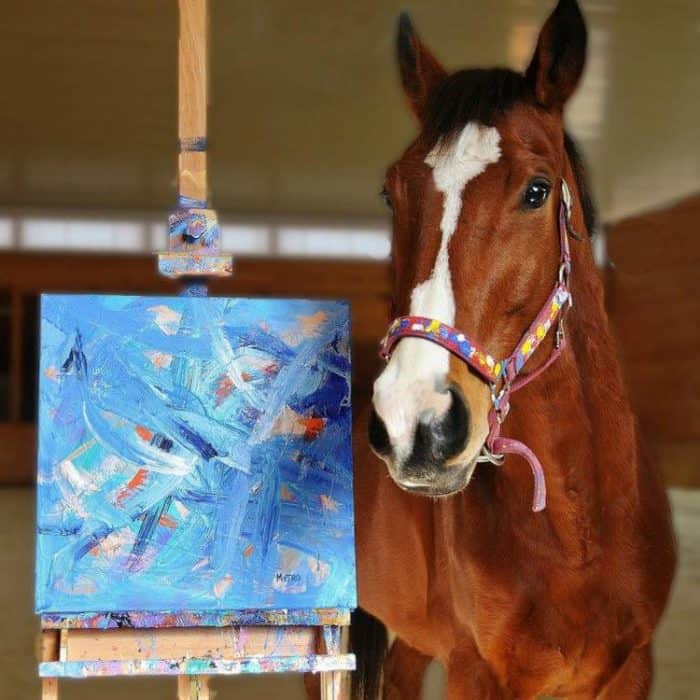 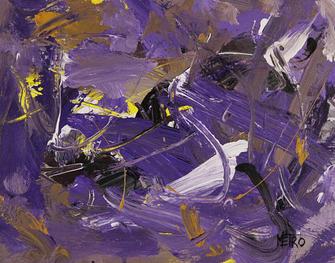 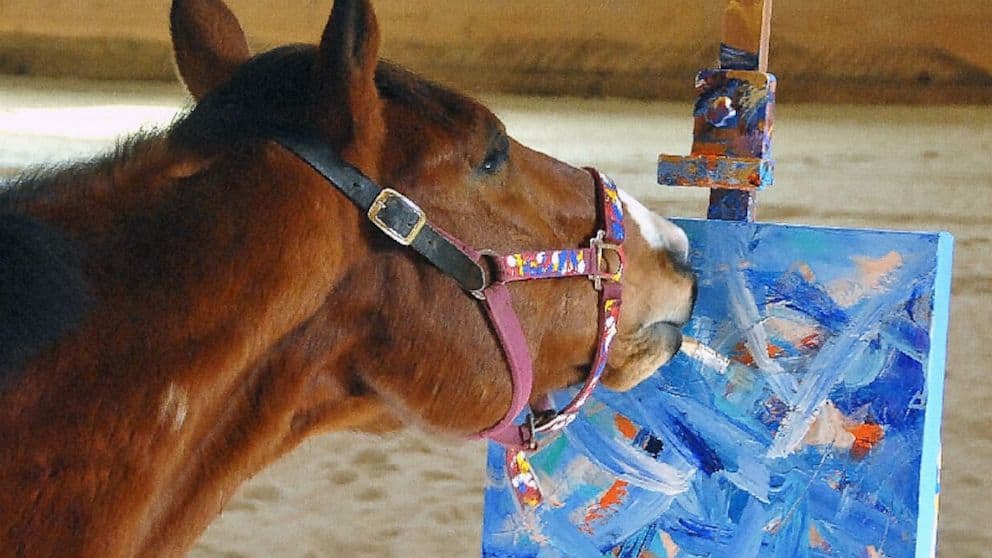 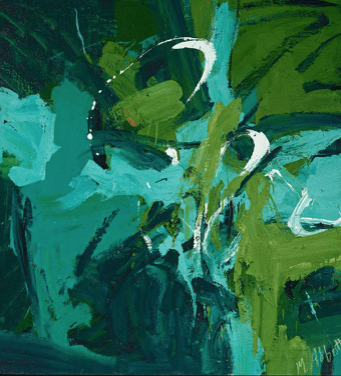