My thoroughbred mare is 16 hands. Well, almost. She’s nearly 16 hands. Okay, she’s 15.3 and change but closer to 16 than 15.3. So why don’t I just say she’s 15.3 and change or almost 16 hands? Am I afraid of embarrassing her? She doesn’t know how tall she is. I don’t think every time she pauses by the arena mirror to gaze at herself (which she does, by the way) she thinks, “I wish I was 16.2” the way I always wish I were 5’7”. And all I know is I need a mounting block to get on no matter how tall she is. Yet almost invariably when I’m asked about her one of the questions is, “How tall is she?” A new boarder at my barn has a cute little gelding that is around 15 hands and she thought he was big until she saw the others in the barn. Even my farrier has anecdotes about owners swearing their horses are 16 hands when the horse might top out at 15.1. 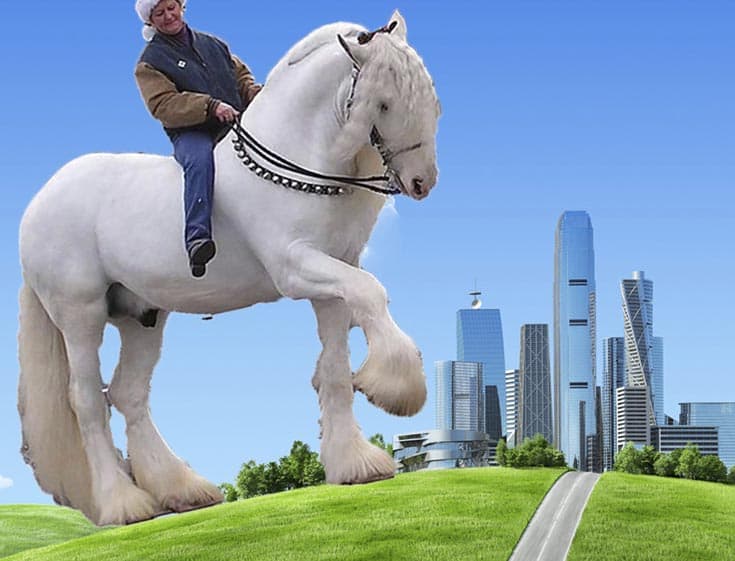 I’m bad about the height thing. Some 30 years ago when one of my foals was born, it was obvious he was going to be a big boy and I was thrilled. I want to know how tall a horse is, even if it isn’t mine. I silently eye a horse, trying to gauge its height. Who cares? Makes no sense whatsoever. It’s irrelevant. I truly don’t care about height. I don’t show and even if I did, I wouldn’t go in the ring thinking the judge was going to take off points because my horse isn’t over 16 hands.

Supposedly it’s harder to sell a horse that is under 16 hands. I believe it but I’ve yet to see an ad geared toward an older rider. I don’t know about you, but I’m not as flexible as I used to be. I still can bend over and palm the floor but the knees and hips aren’t quite as limber as they were just a few years ago. I can easily throw my leg over my horse but I sure as heck can’t jump from the ground (not that I ever could jump very well anyway) and frankly I don’t want to scramble up on a 16.2 or 17 hand horse unless no one is watching. I had to find a way to get on my mare from the ground last year after introducing her to crossing creeks and a friend and I laughed so hard we cried. Really. It wasn’t pretty. 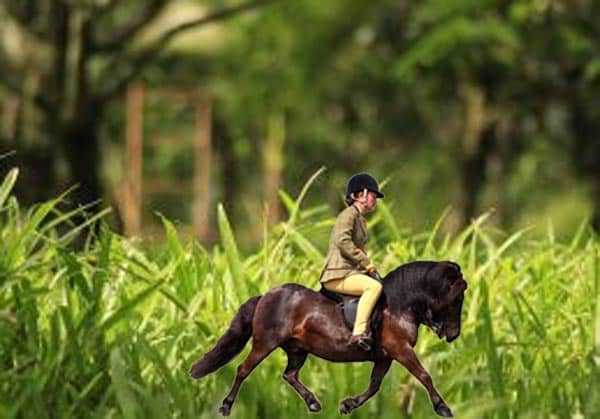 The owner of the barn where I board bred her warmblood mare to a pony and told me she thinks older women want smaller horses. A fellow boarder has an adorable German riding pony for sale but her aging mother has taken a liking to the little mare. It seems we WARHorses are a growing, or at least more visible demographic (okay, maybe that’s because I’m in that group…) But, why not market to us? I guess that’s nothing new but that’s a whole ‘nother discussion.

What do you think? Are we influenced by the show ring and the publications we read? Is it an American thing to be all about size? I mean, restaurant menus take on some kind of food porn aspect where burgers and steaks practically scream “PICK ME I’M 12 OUNCES!” Is it an English rider thing? Even taking jumping out of the mix, the English disciplines seem to go tall or go home, except for the pony divisions. Western riders don’t seem to harp about height, nor do trail riders. None that I’ve run across, anyway. So what’s going on? Why do we care about a few inches? Or do we?

What about you? Do you like to be up in the clouds or closer to land? Let us know!