I LOVE my horse. I HATE math. When Worlds Collide!

I was born loving horses but math has never been my friend. I just don’t get it, never did, ergo I hate math.

Initially I held my own against math – addition, subtraction, multiplication and division – got it! Then in fifth grade I was introduced to fractions and that’s where math and I parted ways. From that point, I was placed in the remedial math classes and still flunked. Fractions, conversions, story problems, geometry, and algebra, all F’s. I got A’s and B’s in my other classes, well, except that year I flunked gym because I thought it was stupid to change into white shirts and navy shorts to run around the basketball court for thirty minutes. That F was on principle.

After graduating I was faced with college and more required math classes – classes I had to pay for – making math even more egregious. I outsmarted the system and went to art school. No math. So there!

Once I graduated from art school, I was ready to celebrate that math would no longer intrude on my life. I settled into being a grown up and I bought a little mare. I was self-sustaining, I had a horse and I was free of math forever. At least that’s what I thought.

A week or two into horse ownership and my old nemesis, math, leaped back into my life (insert horror scream). You see, owning a horse requires math, in fact quite a bit of it. No one warned me before I wrote that check (I would have written it anyway). I waited 25 years to own a horse, there was no way I was going to let math ruin it. 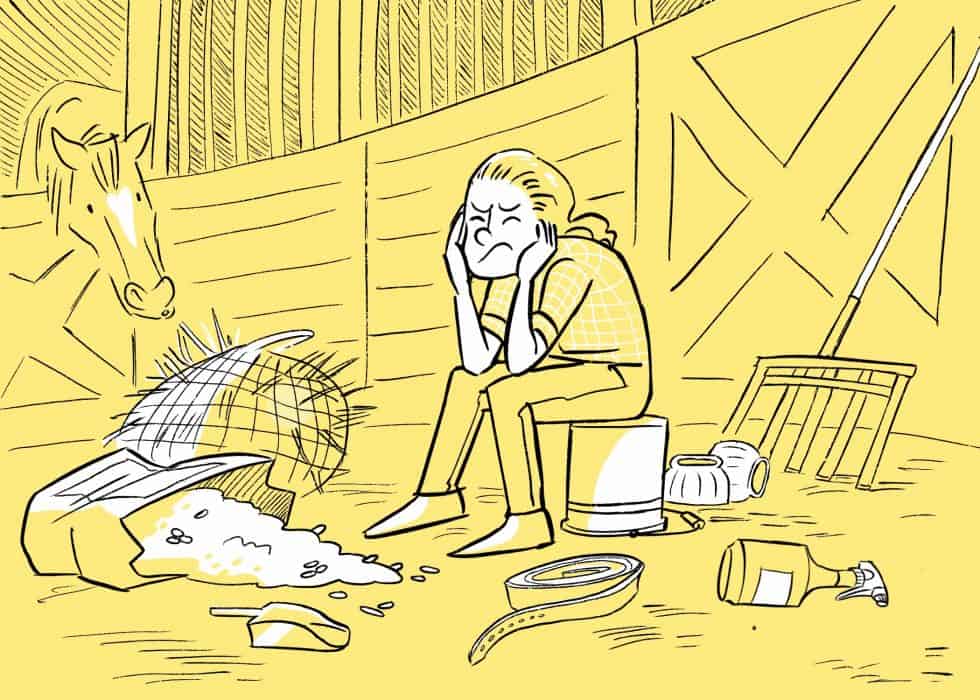 Initially horse math was pretty easy; adding, adding, adding as I started buying the basic things my horse needed. Followed by lots of subtracting in my checkbook. Measuring for items that need to fit, blankets, bits, boots was more difficult involving calculating fractions and converting to metrics. Sadly, no matter how many times I checked myself, the first item I bought never fit and had to go back. Frustrating. Math’s fault.

I started losing it when I had to solve story problems for my horse. Case 1: If I’m going to a horse show 200 miles away, how much feed at 40 lbs a bag and 50 lbs a bale do I need to haul to feed my horse for three days and two nights? This is important math; you don’t want to run out hundreds of miles from home. McDonald’s drive through menu doesn’t offer horse food (it probably should).

When it came to calculating nutrients for my horse, I really lost it. Case 2: If my 1,000 lb performance horse needs 10% of her daily feed to be protein, and the feed I bought contains 18% protein per pound, then how many cups do I feed per meal (she eats twice a day) then convert cups to scoops because that’s my measuring device in the barn. See my dilemma? These are not the kinds of problems a math flunky like myself can begin to CALCULATE. In my head all those figures become bran mash (pun intended).

Most heartbreaking of all, the most difficult math occurred in the place where I most enjoy my horse – the arena. The riding ring is where geometry and algebra and metrics @&*$ED me up. Determining how many ground poles can be laid in proper intervals for trotting along the short side of the arena, then how much distance before the center ring oxer allowing for a 180 degree 10 meter circle on the long side of the arena to two straight jumps 18” and 24” consecutively….ahhh. My head is exploding! And of course my sport of choice is dressage measured in metrics. What the hell is a 20-meter circle to a math challenged American who only understands a yardstick?

These are only a few examples where equestrians RELY ON math on behalf of their horses. Math is necessary to help you determine proper nutrients, medical treatments, day-to-day management, finances and even safety. Okay Math. I give. You win. I accept that I will never be fully shed of thee and I am at peace with that. I may not be able to ride a pretty 20-meter circle (yet) but I’m learning to be more accepting of math, if only for the sake of the horse I love. 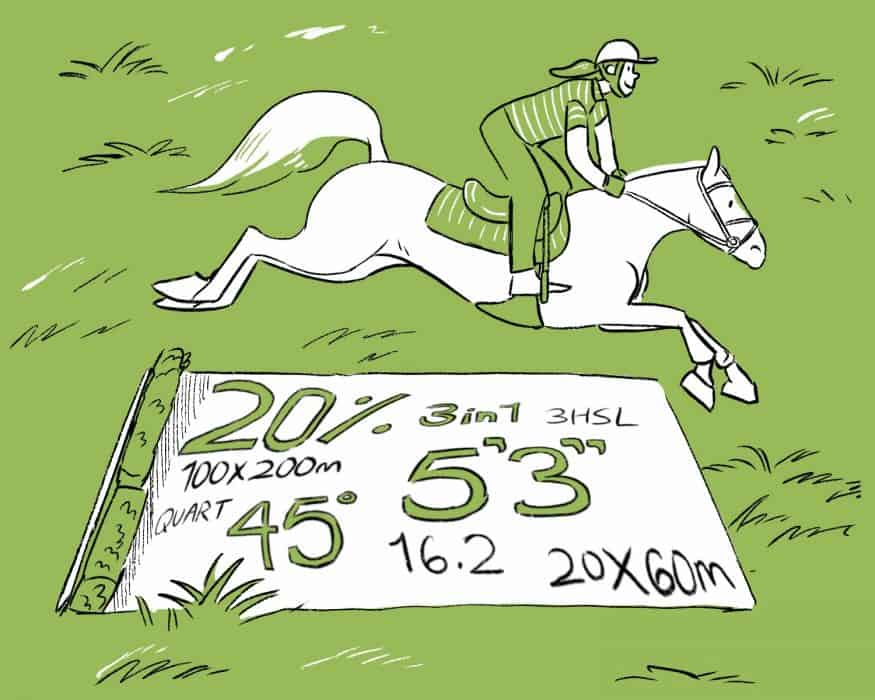 Check out our new Jigsaw Puzzle game featuring original WARHorse images. Its easy to play. Click the image below to open a larger player’s window. Then tap and drag the pieces until all snap together. For you spirited, competitive players, we’ve added a timer. Enjoy and GOOD LUCK!