It has been nearly 50 years since Sergeant Reckless passed away yet we still honor her service as a United States Marine. Why call out this particular soldier from among so many deserving veterans? Because Sergeant Reckless was unique, she was a horse. 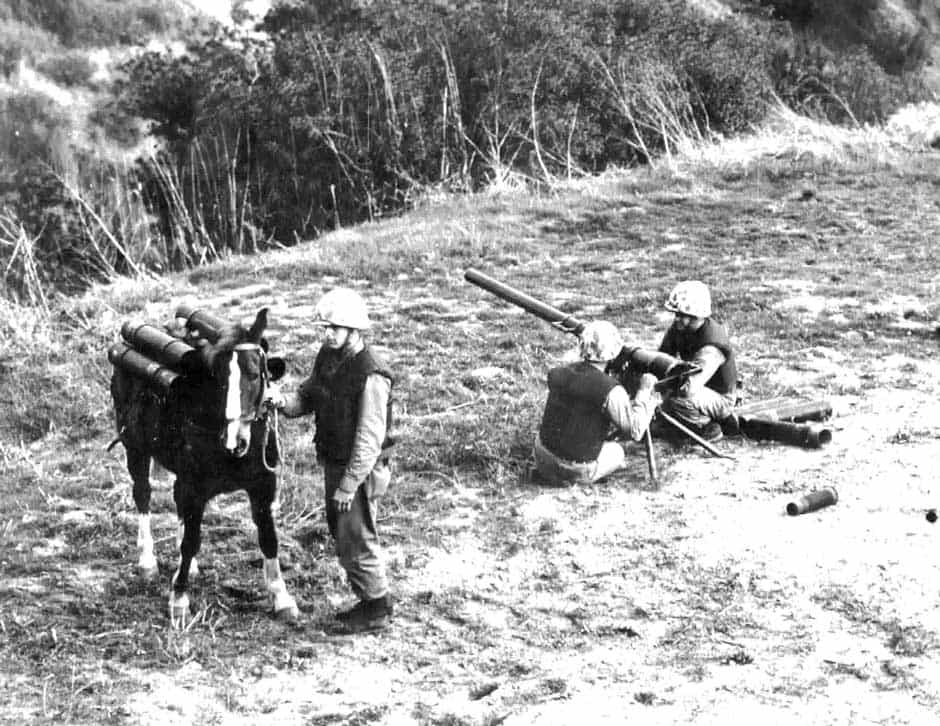 Several US Marines purchased the plain chestnut mare at a Seoul racetrack with the intent to use her as a pack horse at the front lines. She was quick to learn her role.

“Reckless was pretty smart. She was no dummy, you had to show her where to go,” said one Marine. “We walked with her the first couple of times. If she got tired, she’d take a little break, and then she’d move on. Everyone was good to her. They’d talk to her and give her treats. The platoon sergeant kept an eye on her at all times, but she’d usually take to the trail by herself. “

During a single day of the Battle for Outpost Vegas, Reckless made 51 trips from the Ammunition Supply Point to the firing sites, alone.  She carried 5 tons of ammunition, walked 35 miles through open rice paddies and up steep mountains with enemy fire coming in at the rate of 500 rounds per minute.  After unloading ammunition, she would return carrying wounded soldiers down the mountain to safety. Wounded twice, she continued on her route again and again.

“That was some battle, “recalled one Marine. “There were some tired boys when that was over. And there was one tired little horse as well.”

Off the front line, Reckless was a lively addition to the unit. She roamed freely through camp, entering the Marines’ tents, where she would sleep on cold nights. She was notorious for eating anything including scrambled eggs, beer, Coca-Cola and once $30 worth of poker chips.

“I first saw this little lady. . .when the Division was in reserve for a brief period,” wrote Lieutenant General Randolph McC. Pate, then-Assistant Commandant of the Marine Corps. “I was surprised at her beauty and intelligence, and believe it or not, her esprit de corps. Like any other Marine, she was enjoying a bottle of beer with her comrades. She was constantly the center of attraction and was fully aware of her importance. If she failed to receive the attention she felt her due, she would deliberately walk into a group of Marines and, in effect, enter the conversation. It was obvious the Marines loved her.”

Left behind after the war, it took a concerted effort to relocate Reckless to the states. She retired at Camp Pendleton and was provided full room and board in lieu of retirement pay. During retirement she also gave birth to four lively foals.

Wounded in combat twice, she was given the battlefield rank of corporal in 1953, and to sergeant in 1954. SSgt Reckless became the first horse in the Marine Corps to have participated in an amphibious landing. Among many military honors, she was awarded two Purple Hearts and a Marine Corps Good Conduct Medal.

A statue of SSgt Reckless resides at the National Museum of the Marine Corps. A lock of her tail hair embedded in the base of the statue. Truly a WARHorse of distinction. 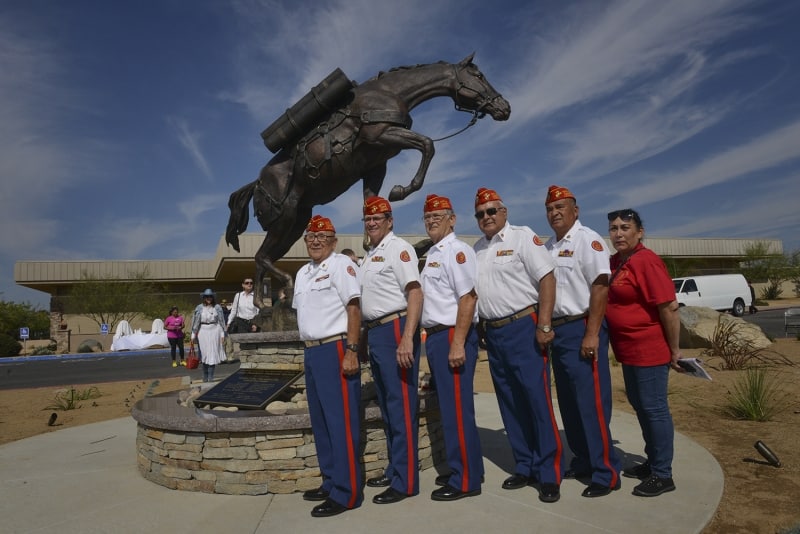 On October 26, 2016 a statue of Reckless was unveiled at Camp Pendelton, California, the base where she retired after service in the Korean War.