Hands Down the Toughest Frontier WARHorse That Ever Was – Stagecoach Mary

I must admit that once in a while I indulge in a pity party for myself. Oh my god, I have to wait 3 minutes for my lunch to heat in the microwave? You only have soft serve ice cream – what? No sorbet? The paraffin hot waxer is broken would I like a hot oil skin treatment instead – seriously? I have to drive 2.13 miles to the closest Starbucks – argh, why don’t they deliver? Oh the intolerances of modern life!

I don’t really know what difficult is, day to day struggles just to survive to the next sunrise. This is a story about a woman who lived difficult and beat it to a pulp. Meet Mary Fields.

She didn’t have a birthday, at least one that she could remember. She was born a slave around 1832 owned by the Dunn family of Tennessee. She was freed when slavery was outlawed in 1863.

Mary went to work on the steamboat Robert E. Lee as a chambermaid. She was on board during that boat’s race against Steamboat Bill’s Natchez in 1870, and she liked to relate her experience during that race when the crewmen tossed anything they could get their hands on–even barrels of resin and sides of ham and bacon–into the boiler while men sat on the relief valves to boost the steam pressure. ‘It was so hot up in the cabins that the passengers were forced to take to the decks,’ she said, according to an article in the local Cascade Courier in 1914. ‘It was expected that the boilers would burst.’ 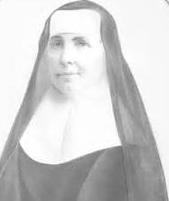 Mary next went to work again for the Dunn family as a maid. She worked in the home of Judge Edmond Dunne until his wife died in 1883. Mary took the Dunn’s five children to live with their aunt, Mother Mary Amadeus, the mother superior of an Ursuline convent in Toledo Ohio. The two Mary’s had been friends since their childhoods.

Mary was now in her 50’s at nearly 6 feet tall and 200 pounds she made an imposing figure and worked harder than any two men. She was paid $9 a week as forewoman – the work was hard. She chopped wood, dug latrines, tended 400 some chickens, kept several large gardens, built a schoolhouse and a chapel.

Mary was devoted to and very protective over those in her care. A great story teller, one of Mary’s favorites was her account of her battle with a skunk that had invaded the coop and killed more than 60 baby chicks. She dragged the dead skunk more than a mile to display her trophy to the sisters and chaplain. When the sisters asked her how she avoided getting sprayed by the skunk, she explained that she was careful to make a frontal assault. 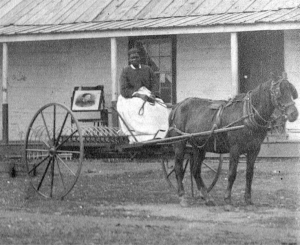 In addition to all those chores, once a week she hitched the team and drove to Helena, 120 miles round trip, to pick up supplies. She was a God’s send for the convent but Mary was no angel.

Mary was an independent, strong-headed woman. She drank whiskey, smoked cigars, cussed and if you looked at her funny, she was liable to punch out your lights.  One nun once remarked “May God help anyone who walks on the lawn after Mary has cut it.”

Montana at the end of the 19th century was no picnic.  The terrain was difficult and roads were little more than rabbit trails dotted with outlaws and unsavory characters of all variety.  The weather could turn on a dime and you might find yourself stuck alone in a snow drift with no shelter.  And there were lots of wolves.

One night returning from Helena, a pack of wolves attacked Mary’s team. The horses bolted over turning the wagon. Mary used the wagon as cover throughout the night fighting off the pack. In the morning she tracked down the horses, pushed the wagon upright, reloaded the supplies returning to the convent with everything intact. Except for one keg of molasses that broke when the wagon overturned. The Bishop made Mary pay for it out of pocket.

When Mary was finished with the day’s work, she would stroll into Cascade, sidle up to the bar and knock back a couple (or more) whiskeys. At the time, Montana passed a low forbidding women from drinking in a saloon but the Mayor of Cascade proclaimed that Mary was to be served at any bar of her choosing for the rest of her life.  Only thing, Mary got a little mean when she drank. 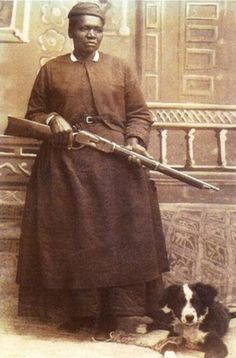 Like the time one sidewinder called her a name outside the saloon. Mary stared at him for a minute, picked a rock up out of the street and proceeded to club him in the head until some cowboys pulled her off.  Gunslingers learned to pay her proper respect. The local paper cited Mary as having “broken more noses than any other person in Montana,” a claim no one dared debate.

Mary’s gruff behavior eventually cost her her job at the convent.  A male co-worker, Yu Lum Duck, complained to townsfolk that Mary was paid more than he, a man. When Mary caught wind, she stomped off to set Yu straight. Mary found Yu cleaning the convent latrine and took a shot but missed. Thus ensued an exchange of gunfire during which several bullets regrettably passed through the Bishop’s clean laundry drying on the line, until one rickoshayed off the stone wall of the nunnery and lodged in Yu’s left buttock. The Bishop fired Mary on the spot.

Undaunted Mary, with help from Mother Mary Amadeus opened a restaurant in town. Unfortunately, Mary gave most meals away to the needy and the restaurant closed in short order. Truth be told, Mary wasn’t a very good cook either.

In 1895 Mary applied for a contract with the United States Postal Service to deliver mail throughout the Montana Territory. At the interview Mary and a dozen cowboys half her age were asked to hitch a team of six horses to a stagecoach as quickly as possible. 60-year-old Mary hitched her horses, sauntered off to the saloon for a shot returning she lit up a cigar laughing while the other cowboys finished.  Mary got the job. She became the first African-American and only the second woman awarded a contract to carry mail (at the time mail delivery was contracted to the lowest qualified bidder, they were not actually employees by the post office).

For 8 years Mary and her mule Moses drove a wagon across Montana delivering the mail and whatever else needed to get from here to there. She braved all the extremes the frontier could throw at her. She never missed a day of work, never failed to deliver a single letter and was never once late.

It was not unusual during winter for the stage to mire in a snow bank. More than once, Mary would tie Moses and the other horses to a tree, sling the mail over her shoulder and walk on to the next destination.

It was about this time that Mary earned her moniker, an honorific steeped with respect. But I’m getting ahead of myself a bit because I forgot to mention earlier, Mary’s pension for guns, not those wimpy 6 shooters, no, Mary packed at 10 gauge shot gun. If you’re not familiar with a 10 gauge, just know the blast will cut a man in half at close range. Word got around and outlaws and the Sioux Indians simply steered clear of “Stagecoach Mary”.

In 1901 Mary retired and opened a laundry service in Cascade. She was held with such high esteem in town, the whole town closed down to celebrate her birthday – usually twice a year or whenever Mary proclaimed the day her birthday.

At 72 Mary had not slowed a bit. One afternoon while playing cards at the saloon, Mary heard a familiar voice out in the street, a certain deadbeat who had not paid his laundry bill. Mary excused herself from the table, walked up to the man, spun him around and flattened him with one punch. As he lay in the street, she leaned over and told him the pleasure she’d just derived from busting his face with her fist brought more enjoyment than she’d ever get from the two bucks he owed her, so they could just call it even. 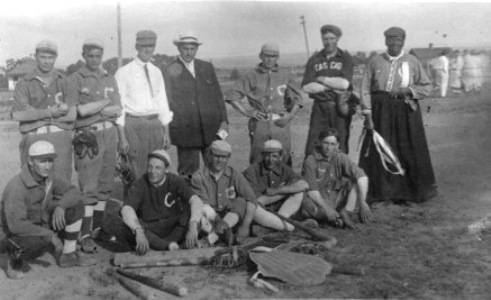 Mary was lauded the rest of her life by the townsfolk of Cascade. She ate and drank for free, had a prosperous laundry business and babysat for every kid in town. She earned $1.50 per hour sitting and spent most of what she earned buying treats for the children. Mary loved baseball and went to every home game the local team played. Every player who hit a home run received a bouquet of flowers fresh from Mary’s garden. Mary was beloved by the entire community, so much so that when her house burnt in 1912, the townsfolk came together and built her a new one.

Mary died in 1914 at Columbus Hospital in Great Falls, Montana of liver failure. She was buried in Cascade, in Hillside Cemetery the spot marked by a wooden cross. 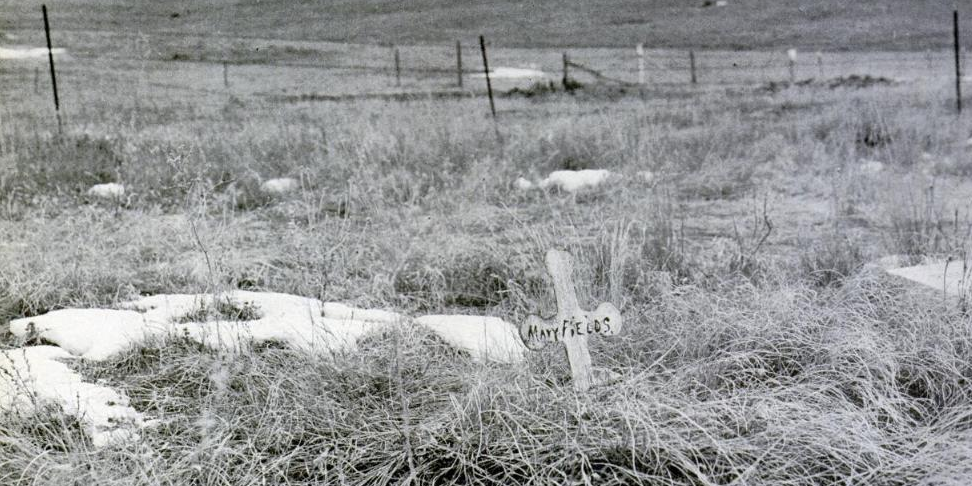 Since reading about Mary, I often contemplate her truly difficult life. In her 60’s she drove a six hitch across the frontier delivering mail. I whine when I have to walk down my driveway to the mailbox. Now every time I start to feel sorry for myself – What? The fountain coke machine at RaceTrac is out of order? How can I go on? – I’ll reset my pity meter with respect to Mary. 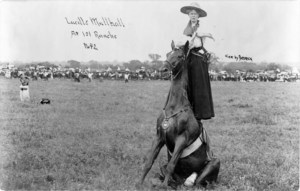 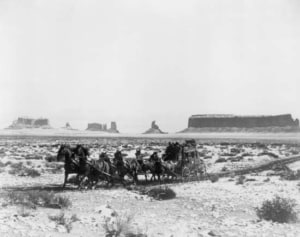 Sign up for our twice monthly newsletter!
Get exclusive insights, special offers and lots of other good S#&*!