Did You Know Dr. Seuss Wrote a Book About Naked Women and Horses? 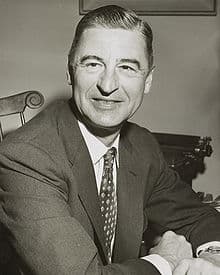 Who hasn’t read “The Cat in the Hat” or “Horton Hears a Who” or watched “The Grinch Who Stole Christmas” during the holidays? Theodor Seuss Geisel aka Dr. Seuss is one of the most beloved authors of children’s books in our lifetime. Born March 2, 1904 in Springfield, Massachusetts, he was already a successful illustrator creating WW2 propaganda when he published his first children’s book, “And to Think I Saw It on Mulberry Street” in 1937. It had been rejected 27 times before Vanguard Press picked it up.

Dr. Seuss’s simplified vocabulary, lyrical rhymes and illustrations charmed the imaginations of children worldwide. In 1939, Geisel left Vanguard Press for Random House. The move came with one condition – Geisel wanted to publish a book for adults. 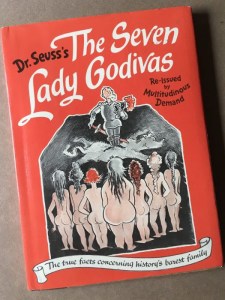 “The Seven Lady Godivas: The True Facts Concerning History’s Barest Family” was published later that year. The story is inspired by the tale of Lady Godiva who rode naked through the streets to protest her husband’s oppressive taxation upon his subjects. Geisel’s tale is about seven naked sisters who upon the death of their father (caused by his horse) pledge to remain unmarried until each discovers a ‘new and worthy Horse Truth, of benefit to man’.

The book was a publishing flop. Of 10,000 original editions only 2,500 sold. The hefty $2 price tag during the Depression was a factor. A book about 7 naked sisters also turned away many readers. Geisel often claimed the books failure was based on his inability to draw naked women.

I can’t draw convincing naked women. I put their knees in the wrong places,” explained Geisel.

Unsold copies were later distributed through a chain of cigar stores for 25 cents each. Geisel never published another book for the adult audience. However as his popularity increased Random House republished “The Seven Lady Godivas” in 1987. Securely entrenched as a children’s author, the book was only slightly better received. 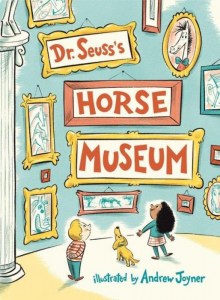 Another Seuss Book about Horses?

This week a Random House Children’s Books press release announced the posthumous publishing of a never before seen book, “Dr. Seuss’ Horse Museum”. The book will be released September 3 with a first printing of 250,000 copies. Illustrator Andrew Joyner completed the book based on Geisel’s original sketches. It is about a friendly horse who takes a group of students on a tour of an art museum to view horse themed works by Pablo Picasso, Alexander Calder, Jackson Pollock and others.

“Artists and non-artists alike will appreciate the timeless theme in Dr. Seuss’ Horse Museum that there is no one right way to interpret the beauty we encounter every day,” the press release says. 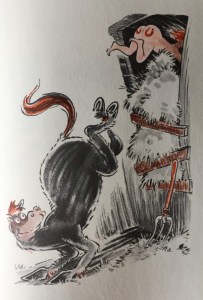 Get Your Own Copy of “The Seven Lady Godivas” by Dr. Seuss For Sale in WARHorses’ SHOP!

Hurry – We only have one copy! 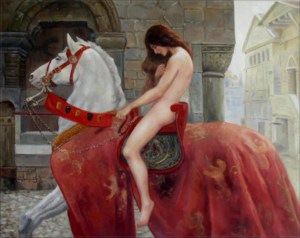