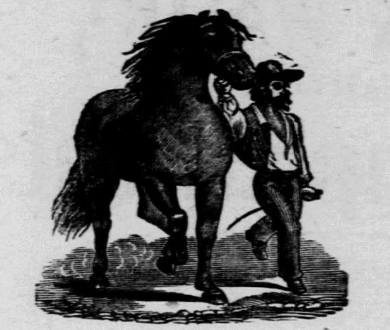 Bayard has passed the examination of the State Veterinary department. He is a registered, imported black stallion, 18 1-2 hands high, and weighs 1800 lbs. Good bone and action.
Bayard will make the season of 1910 at my livery barn in Collier. Positively no work Sunday.
TERMS – $12.00 to insure colt to stand and suck. Mare and colt will stand good for service of the horse. Mare disposed of or removed from the neighborhood will be considered with foal and owner must pay service fee. Care will be taken to prevent accidents, but will not be responsible should any occur.
A.D. PARSONS, Owner 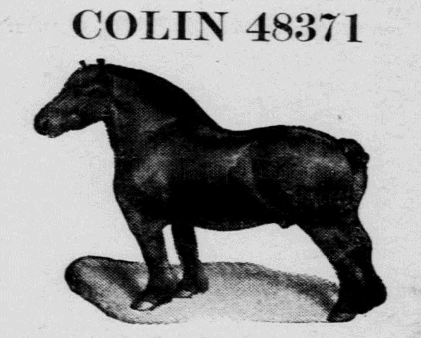 Colin 48371
Imported Percheron Stallion.
Colin, who was recently examined by the State veterinary department of Kansas and found sound and correct according to register, is a black Imported Percheron stallion, weighing 1800, good action and a good breeder. His breeding is the very best, running back to Brilliant (127) and Coco (712.) His number in the American Herd Book is 31626 and in the French Herd Book as above. Full pedigree shown on request. Several hundred of his colts can be seen in this locality.. His record is 80 per cent with foal.
Will make the season of 1910, Monday, Tuesday and Wednesday at the farm of Ernest Musseman, 3 miles northwest of Wa-Keeney, and Thursday, Friday and Saturday at Staat’s barn in Wa-Keeney.
TERMS – $12.00 to insure colt to stand and suck. Mares disposed of or removed from the neighborhood, will be considered with foal and the owner must pay service fee. Mare and colt will stand good for the service of the horse. Care will be taken to prevent accidents, but will not be responsible should any occur.

WARHorses has more historic news on the topic of Percherons. In 1911, 226 horses (including Percherons) were packed onto a New York ship bound for London. The trip was billed as “the first of its kind” a first-class floating venue for a trans-atlantic horse show. Read all about it.