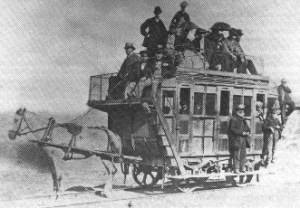 A horse-drawn tram operated by Swansea and Mumbles Railway, 1870.

Originating during Victorian times in Britain, Iron Horse was a phrase of admiration comparing the impressive performance of early traction engines to horse powered tramways and their effectiveness in the transportation business. The world’s first passenger train or tram was the Swansea and Mumbles Railway in Wales, UK gun in 1807. The system relied on horses pulling a wagon along a set of rails. As populations increased so did the need for better transportation modes.

Iron Horse became a widely popular phrase following the Rainfall Trials, October 1829. The trials were a competition between manufacturers vying to supply steam powered locomotives for the new Liverpool and Manchester Railway. Five engines were entered running along a 1 mile (1.6 km) track. George Stephenson’s entry, “Rocket” was the only locomotive to complete the trial and won the coveted contract.

Feature Image Caption: Later conjectural drawing of the Rainhill Trials. In the foreground is Rocket and in the background are Sans Pareil (right) and Novelty.
Photography Courtesy: Wikimedia Commons 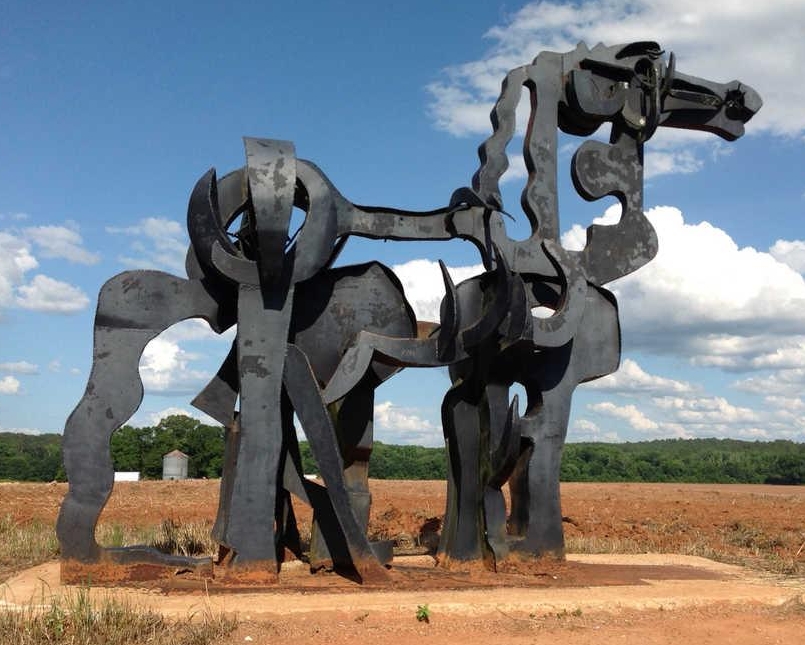 Where does this IRON HORSE sculpture reside?

“Iron Horse” or “Pegasus Without Wings” is an iron sculpture by Abbott Pattison. It was originally placed at the University of Georgia (USA) in 1954 but vandalized by students. It was secretly moved to a warehouse until one of the university professors moved it to his farm near Watkinsville, Georgia in 1959 where it remain today.
Photo courtesy: Lee Shearer/Online Athens 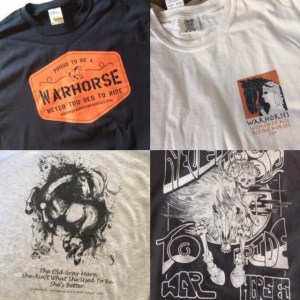 All WARHorses Tshirts are 25% Off!
TAP to Order