Today’s installment of WARHorses “History’s Horses” has less to do with horses and more about the person accused of stealing them.

“Burt” Martin Convicted as a Man Turns Out to Be Lena Martin — Had a Male Cellmate. 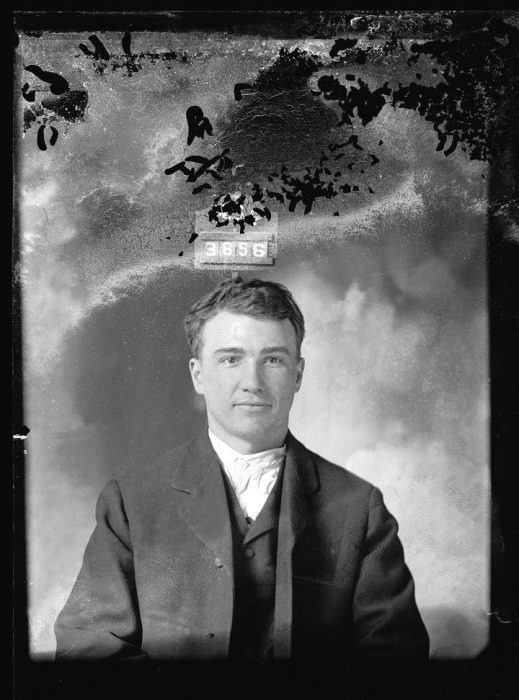 LINCOLN, NEBRASKA, 1901: For eleven months a woman has been imprisoned in the Nebraska penitentiary garbed as a man. She was tried, convicted and sentenced in Keya Paha county on a charge of horse stealing all the time dressed in man’s garb, and she passed the scrutiny of the guards at the entrance to the prison eleven months ago with the secret of her sex preserved. Now she is once more garbed in woman’s clothing and in this dress, she will spend the remainder of her three year sentence.

That such an unusual occurrence could happen considering the gauntlet every person admitted to the penitentiary must run seems incredible. Yet the discovery of the sex was not made till two days ago, by the prison authorities. The woman’s real name is Lena Martin but she has been known as Burt Martin and under this name she has gone for many years. Her father is dead but her mother resides not far from Springview. she was sentenced for rustling horses and when she came down to Lincoln, she had the reputation of being good at “borrowing” animals. The convict Martin was always regarded as of rather delicate constitution. He had small feet and small hands. His face was like that of a young boy as he was only nineteen years old when admitted. He was five feet, eight inches in height and weighed 140 pounds. He was employed in the broom factory and performed his duties well as the ordinary prisoner.

Were the Guards Napping

When a prisoner is admitted to the penitentiary, he is thoroughly examined for identifying marks and one of the first duties of the guards is to give a bath in a large open bath room where any peculiarity or deformity would be noticed and made note of as a means of identification in case of escape. Nothing is now known of the incidents surrounding the admission of the young woman as this occurred eleven months ago under the previous administration. The guards might have been napping when she entered or the girl may have been more than usually clever at concealment. She was passed through and given a suit of stripes and since that time has not given the authorities any cause for suspicion until recently.

Whispers of a Mystery

It was whispered about the prison among the convicts that a mystery surrounded the personality of young Martin. Some of the prisoners talked much of Martin’s cell mate and gave a gentle hint to the guards that an investigation would result in a revelation. At this time the prison physician was called upon to tend the cell mate and the secret was revealed by degrees.

As soon as discovered, the young woman wanted to be garbed in woman’s dress but the penitentiary authorities did not have a stock on hand and the steward was compelled to come to Lincoln and get a complete lady’s outfit. So not till yesterday was the lady horse thief once more dressed in woman’s clothes. She took the discovery of her sex without much chagrin and appeared to regard the matter as a rather comical incident.

The prison authorities know little about the history of the case before it came to them. The young woman lived in a county where the stock interests are large and where there are many cases of cattle rustling. When she gave her name to be entered on the records, she told the officers that she was a married man.

POSTSCRIPT
Seven months after Burt’s true gender was revealed her sentence was commuted to time served. Her early release came about thanks to Nebraska’s Governor Ezra Savage’s outrage. The Governor ranted about the “deception” in his biennial address, referring to Martin as “it” four times in a single sentence.

“[She is] a sexual monstrosity, unfit for association with men or women even in a penal institution, and on the solemn promise of its aged mother to care for it and guard it, and that prison morals imperatively demanded its removal, sentence was commuted to one year, six months, February 3, 1902.”