Perth, Western Australia (WA), 1907: The mare must not be heated when the foal is very young, as her milk when in that state is bad for the foal. Young calves will rub along nicely with two meals a day, given morning and evening, but the foal is a more frequent feeder, and the mare should be available for this practically constantly. for the first month or six weeks at least.

I have known them worked two or three days after foaling, but this is very unwise as the foal is sure to get upset, and what is gained in work will be all lost in the unprogressive condition of the foal.

As in all live stock, a good start is of immense advantage to a foal, and if put well on their legs during the first few weeks they will be better prepared to bear the mother’s absence for intervals later, particularly when the hay harvest begins, which is work that all capable mares with foals are put to.

To keep a mare away from a very young foal for a great length of time results in the foal sucking an excess- give quantity of milk, then indigestion and other internal complaints are generated. That is one very bad result of the mother’s absence. Another is that if the intervals between breeding are not too long there is still the fact that the foal worries and frets beyond soothing when the mother is away, and this, too, has a bad effect. 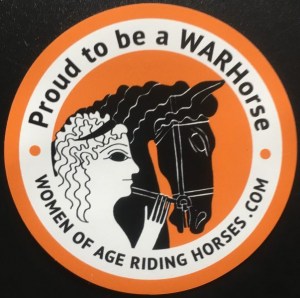 New to our WARHorses’ SHOP!

Proud to be a WARHorse MAGNET only $5