Making a determined run at the stretch, Winx won her 24th race in a row, The Agency George Ryder Stakes (G1) this past weekend.  The Ryder becomes her 17th group level 1 win, setting a new world record.

Winx was last through most of the race racing three wide in a small field of six.  At the 1500-meter mark she began her move to the lead, challenged to the finish she won by three-quarters of a length over Happy Clapper and Kementari.

“What a special, special horse she is and I’m just so grateful to be her jockey,” said Winx’s jockey Hugh Bowman.

Winx is owned by Magic Bloodstock Racing and partners and trained by Chris Waller. Winx began her 2018 campaign winning the Chipping Norton Stakes on March 3.  Racing in her typical style, she raced behind until the far turn accelerating through the straight to win by 7 lengths.

She has not disappointed race fans returning from a long layoff after her 2017 season. Winx’s previous start was October 7. During her “vacation” her regular jockey, Hugh Bowman, was suspended. Waller delayed her return until Bowman was available. Asked if he worries that Winx will be beaten, Waller told reporters that was not his concern. His focus remains that she has a safe race and does her best.

The champ’s next race will be the Longines Queen Elizabeth Stakes (2000m) on April 14. Should she win, Winx will set another record – 25 straight wins a record currently held by Black Caviar. 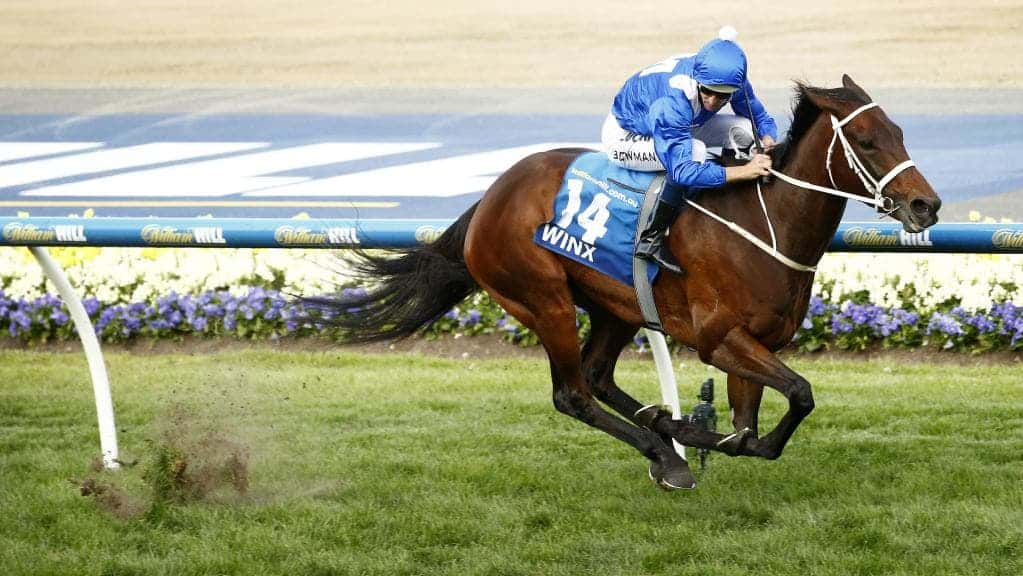 Winx is a 6-year-old champion Australian Thoroughbred racehorse sired by Street Cry out of Vegas Showgirl. Her racing career began as a 2-year-old with 3 straight wins, but she lost the next 7. Her current winning streak began when she won the 2015 Queensland Oaks.

Read WARHorses’ posts about the other 3 thoroughbreds inducted into the Australian Racing Hall of Fame in 2017, Archer, Light Fingers and Saintly.