This has been a busy week for the people and ponies of Assateague & Chincoteague Islands, Virginia. This week is the 91st Annual Pony Swim and Auction made famous from the children’s novel “Misty of Chincoteague”.

Every year the 200 or so wild horses that reside on Assateague Island are rounded up and swum across the channel to Chincoteague Island. Most of the foals are auctioned to raise money for care and management of the herd and to support the local volunteer fire department. Last year’s sale of 61 ponies netted nearly $170,000, the average price per pony $2780.

The swim and auction have developed into a full week of activities, a carnival, farmer’s market, screenings of the 1961 movie “Misty” at the local theater and of course up close access to the ponies. Tens of thousands will visit the islands during the week, for some families the swim has become an annual event. The channel swim is the headline catcher but there are many ways the public can enjoy the wild ponies.

Here’s to a safe week of pony wrangling and congrats to all the families who purchase one of these ponies, truely American treasures!

A Must Read for Every Horse Lovin’ Girl 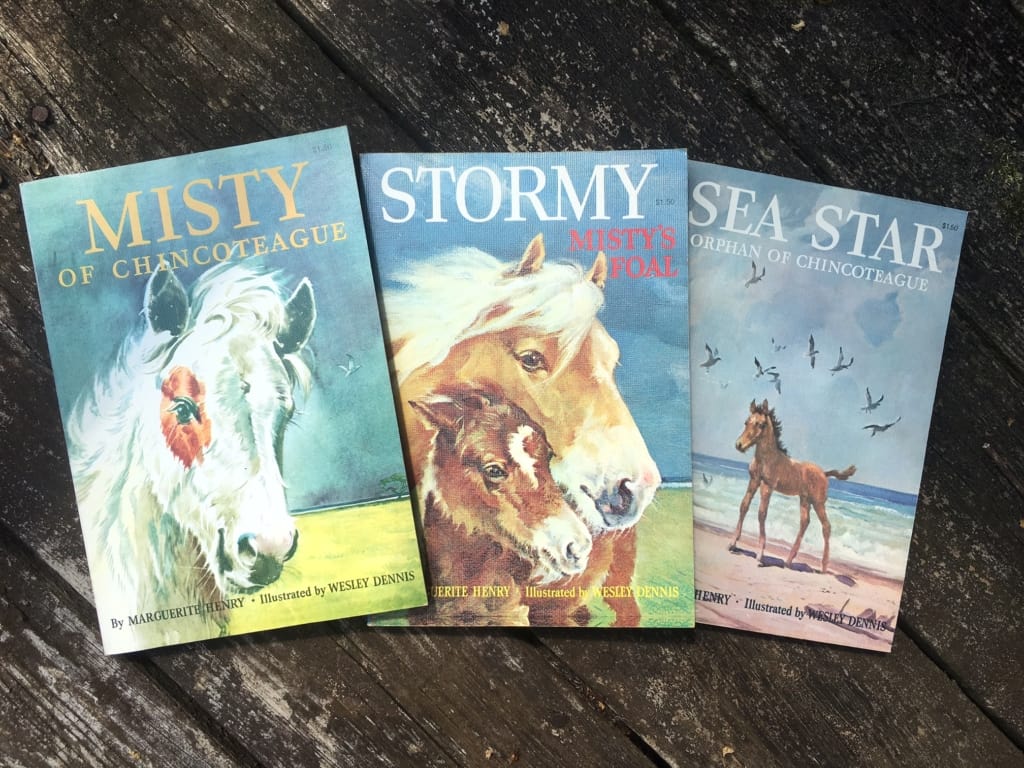 “Misty of Chincoteague” is a children’s novel written by Marguerite Henry, illustrated by Wesley Dennis in 1947. Its an account of how the horses came to Assateague Island and a tale of two children who work to earn money to purchase one of the wild horses at the annual auction. Misty was inspired by a real life Chincoteague Pony by the same name.