July 20 is National Lollipop Day in the U.S., an annual observation of this popular treat sponsored by the National Confectioners Association.  Why are we writing about candy on WARHorses? 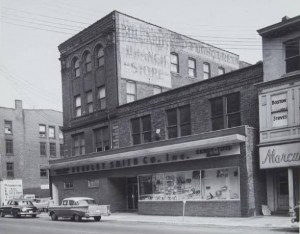 On October 13, 1931, the name “Lolly Pop” was official registered to the Bradley Smith Company by the US Patent and Trademark Office. George Smith started the company in 1908 producing the first hard candy on a stick. The concept modified from another confectioner, Reynolds Taffy, who produced soft caramel taffy on sticks.

The name itself, Lolly Pop, was reportedly inspired by that of a racehorse Smith had seen at a local fair. Unfortunately, the Patent Office found the term lollipop used in an English dictionary published in the early 1800s, where it was described as “a hard sweetmeat sometimes on a stick,” and they refused Bradley Smith’s initial registration. The trademark was finally granted after the company proved that Lolly Pop was an original spelling and its first use.

During the long registration process many competitors used the name freely until Bradley Smith won. Over the years the term Lolly Pop and its variant spelling Lollipop became interchangeable and so universally used that the trademark could not be maintained.

Whether you like Chupa Chups, Ring Pops, Tootsie Pops or Dum Dums we hope you find time to enjoy one today and pause a moment to remember a race horse named Lolly Pop. 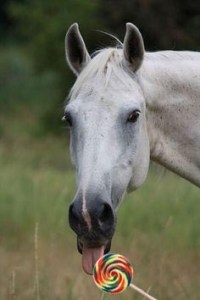