This Event Will “Drive” Your Mother Crazy!

Mothers often scold kids for doing things in the house that clearly belong outside. Stop throwing that ball, you’ll break something. Turn that radio down, I can’t hear myself think.  Get that filthy dog out of the house! Sound familiar?

Well the equestrian world has given stern mothers everywhere a big raspberry.  All those things you were not allowed to do inside as a kid, you can do as a competitor at the European FEI Indoor Driving Competitions. These events put driving on steroids! Cheering crowds, cranked up music, galloping horses and fireworks to boot! It is heart pounding fun and its held indoors! 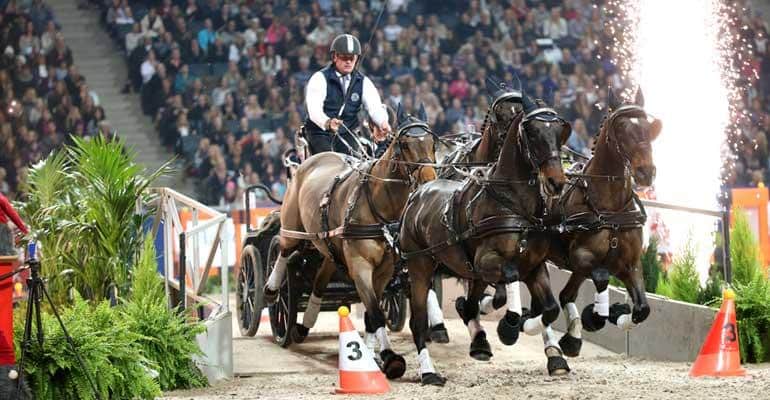 Two weeks ago the four in hand competition in Stockholm, Sweden was dominated by Australian Boyd Exell. The Aussie team crushed the competition by 37 seconds.

“My horses were very excited when they came from the warm up arena into the main arena. I tried to slow them down, but they wouldn’t let me, so I just went very fast,” said Exell. 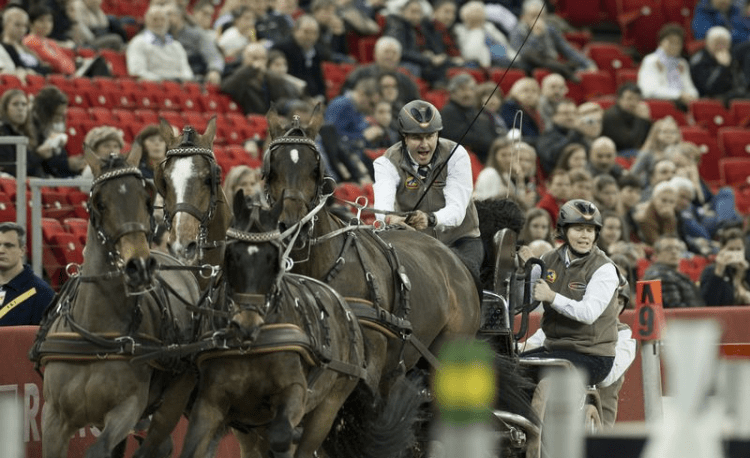 This past weekend featured the third competition in Budapest, Hungary. Koos de Ronde of the Netherlands dominated with the fastest time by 7 seconds.

Said de Ronde. “I knew that if I had one knock down, I could lose my advantage, so I really went for it.”

After 3 competitions Exell stands in first place with 5 competitions remaining in the season ending February 2017.