They’re Back on Mack

Mackinac Island is located between the Upper and Lower Michigan Peninsulas. It is approximately 4 square miles and a popular tourist destination during summer months. More than 15,000 visitors a day ferry to the island where transportation is limited to two options: bike or horse. Motorized vehicles are not permitted on the island, never have been. If you want to go anywhere or haul anything on the island, its done so by good old fashioned horse power.

During the winter about 20 horses remain on the island for the permanent residents. But before tourist season begins (May) more than 500 horses return and settle in for their summer jobs. Some horses work for the tourists, others are useful taxis, many others haul cargo to the hotels, stores and restaurants. 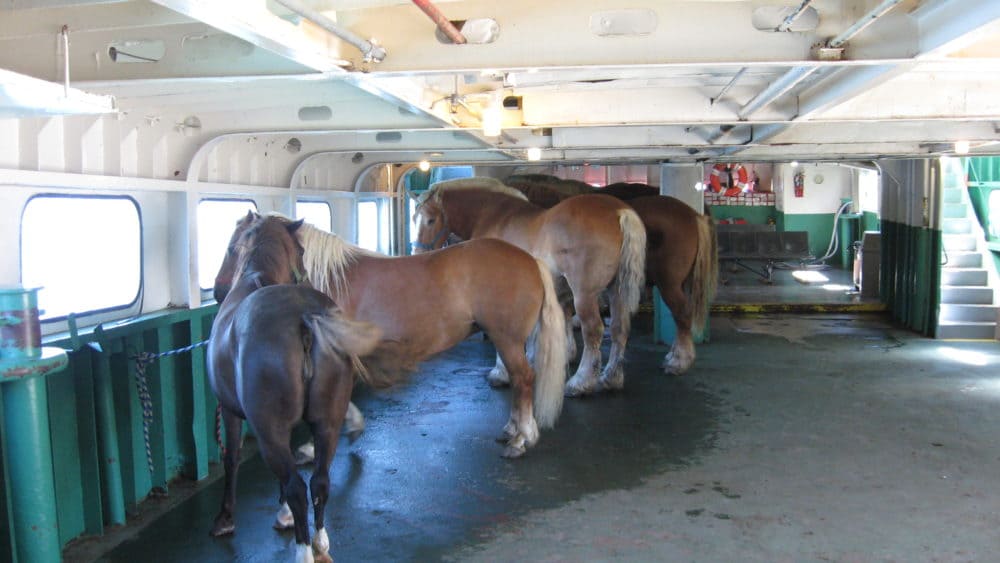 The Arnold Mackinac Island Ferry line ships the horses from the mainland, 30 at a time. The horses are tethered within the ferry’s belly and accompanied by handlers for the 20-minute ride. At the island they are roped together in groups of four and walked to their summer stables. In October, the horses are returned to the mainland where they winter outdoors until warmer weather returns.

Considering an equestrian vacation this summer? You might consider Mackinac Island! 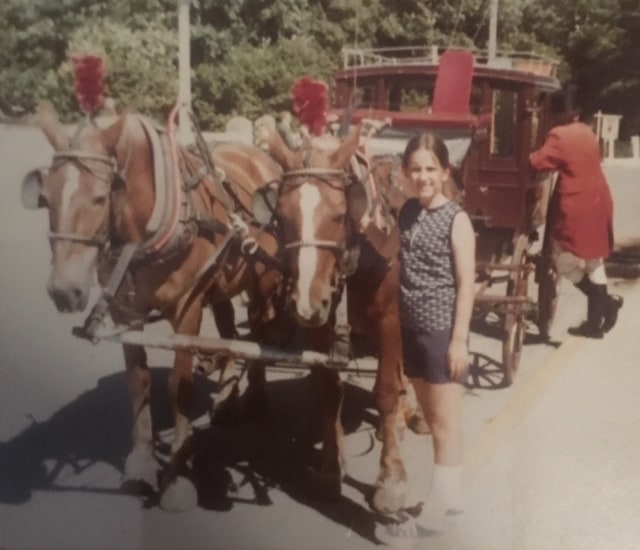 Of course I couldn’t keep my hands off the carraige horses – our family vacation to Mackinac Island, 1973.