At first glance, his small stature does not make a big impression but when you consider his good deeds, he becomes a giant among therapy horses. Mr P, an American miniature pony, is a regular fixture at elderly care homes, hospitals and elementary schools in County Durham, UK.

Katie Smith, 56, began K&L Pony Therapy in 2011 after her father suffered a heart-attack. As he rehabilitated, Katie saw the benefits of therapy cats and dogs with patients. She learned that miniature ponies were being used in the United States for therapy and thought “why not here?” 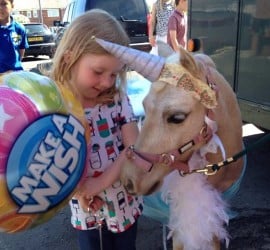 Since, K&L Pony Therapy has visited hundreds of children in hospitals and elderly in care homes. With his small stature and calm temperament, Mr P is an ideal therapy horse. He stands quietly for pets and hugs and enjoys the smiles and laughter that follow.

“As a therapy horse he is very calm and has a good effect on people with dementia and other challenging behaviors,” beams Katie. 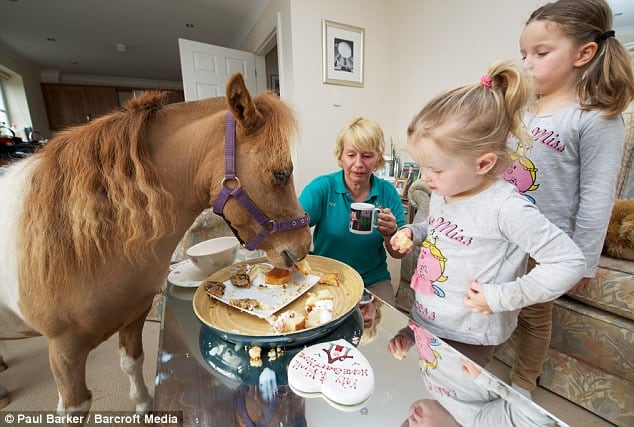 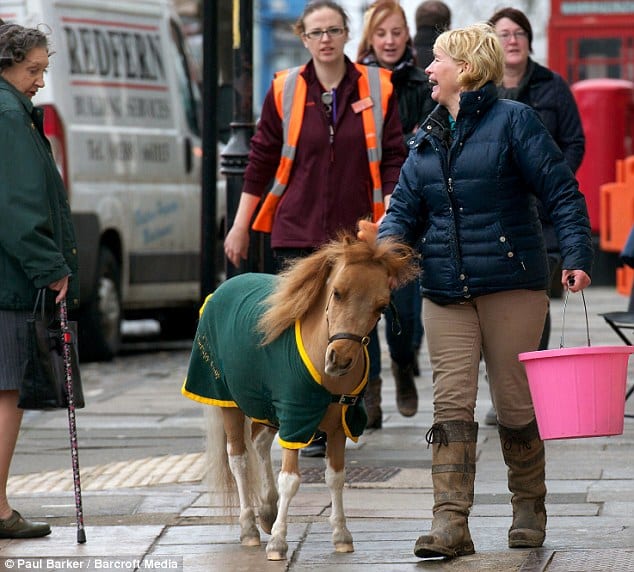 At home Mr P is known to join Katie and her family in the house for tea and television. He also accompanies Katie to town where he’s rightfully greeted like a celebrity.

“He spends so much time with people he thinks he is human,” Katie explains.

And while he enjoys the company of humans, his best friend is a Thoroughbred and former race horse, Johnny. The two spend hours playing together in the pasture.

Psychologists have long documented the benefits of therapy horses. They don’t judge, they accept us as we are. Horses don’t require conversation; communication is achieved through touch which is sometimes easier for people. A simple smile evidence of the connection.

Winston Churchill may have summed up horse-time best. ”There is something about the outside of a horse that is good for the inside of a man.”