With more than a century of public service between them, two of the Royal Household’s men announced their retirement last week. The 96-year-old Duke of Edinburgh retired from public life after attending a parade of the Royal Marines at Buckingham Palace on August 2nd.  A few days later, Daniel, the Queen’s favorite carriage horse was put to pasture.

Daniel, a Winsor Grey, has been a member of the Royal Mews for 15 years. Windsor Greys have been drawing carriages for the Royal Family since the reign of Queen Victoria. Daniel is undeniably the “star” of the royal stable his likeness featured on a stamp issued in 2014 and a life size bronze statue alongside his mate, Storm, commissioned for the Diamond Jubilee in 2012. The statue resides near the Long Walk in Windsor. 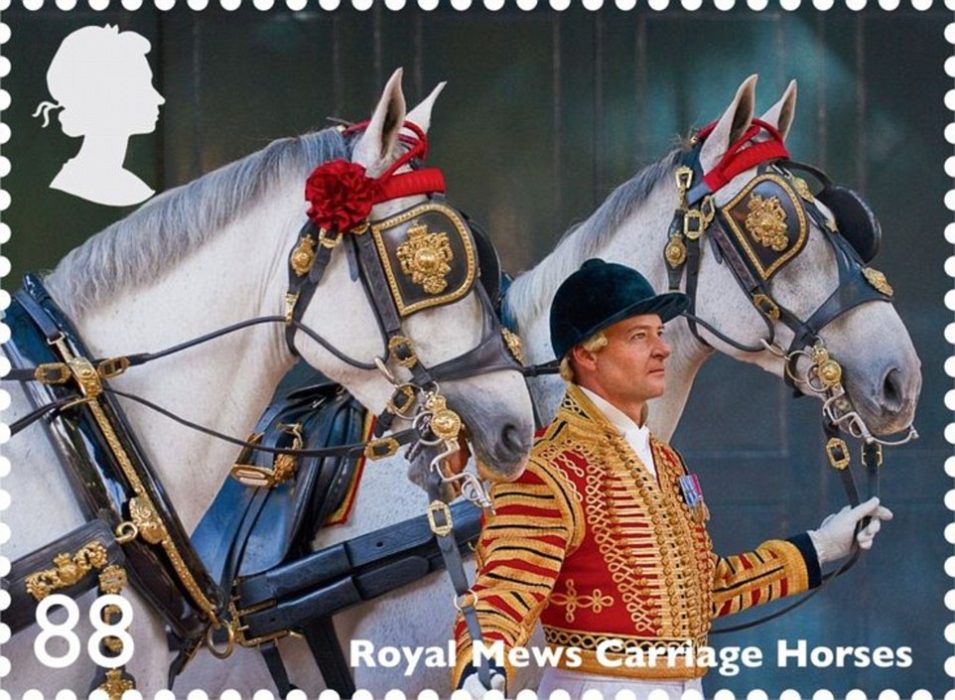 The Queen’s favorite carriage horse, Daniel, on the right

Aged 22, Daniel has earned his retirement. Daniel began working with the Metropolitan Police before being transferred to the Royal Mews.  He has been present at Her Majesty’s birthday parade, the State Opening of Parliament, the annual Trooping the Colour and the Garter Day procession through Windsor Castle’s grounds. Daniel was the lead horse pulling the Royal Carriage for William and Kate’s marriage in 2011.

Daniel will live out his days on the Horse Trust’s 300 acres near Princes Risborough. Horses working at the Royal Mews belong to the nation and not, as many believe, to the Royal Family. When their time of service is completed, the horses are retired to the Horse Trust where they are provided a tranquil retirement for the rest of their lives. Fellow Royal Mews Veterans Flint, Marsa and Big Tom are among the 130 retired and rescued horses at the home.

“Daniel has had a fabulous career,” says Jeanette Allen CEO of the Horse Trust. “We expect him to live to 27 — 30 would be magnificent. After years of being primped and preened he’ll be a hairy, muddy horse again. He’s going to have a ball.”