I possess a level of nostalgia for those kitschy statues of the 1990’s, those funny figures strategically placed in front of a business to attract attention. I always knew we were near grandma’s house when we passed Uncle Sam – a disproportionately thin red, white and blue patriotic figure that towered 35 feet over a liquor store. His omnipresence gave me a sense of comfort as a child growing up in Toledo, Ohio. 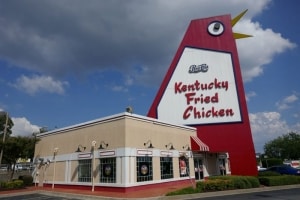 “The Big Chicken” in Marietta, Georgia

After college, I moved to Marietta, Georgia (Atlanta). Before smart phones and Google Maps, I had to learn my way around town by trial and error. When meeting friends or going to a job interview I was careful to ask for very clear directions. Those directions inevitably began with ‘go to the Big Chicken then go…’.

I stumbled across this sweet story about another community statue being celebrated for its 100th birthday. I hope you enjoy this as much as I did.

CHIEF WARAMAUG GREEN stood outside Green’s Warehouse in New Milford Connecticut for nearly a century.  He arrived by rail in 1918, purchased by Sherman Dudley Green to serve as a display when the store added tack and other horse products. The white paper mache steed stood on the front porch of Green’s Warehouse on Bridge Street until 1986 when the store closed. 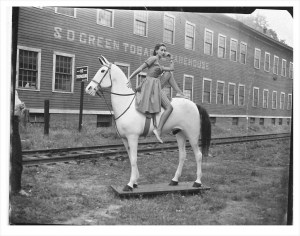 Perry Van Ness Green, the last owner of the warehouse gave the statue his name in the mid 1900’s. Taken from nearby Lake Waramaug, Green regaled customers with fantastic stories about the horse, Chief Waramaug Green, including a running diatribe that he was a descendent of local racehorses.

The statue did not actually need a lot of talking up to bolster its position in the community. He was a well-known landmark for travelers given directions from ‘the horses on the porch’. In 1954 he was even featured in a fashion ad for Women’s Wear Daily magazine.

Earlier this month, the New Milford Historical Society celebrated Chief Waramaug Green’s 100th birthday with a grand party. Residents were invited to the society’s museum for birthday cake and to share their childhood memories.

“He ignites this feeling of nostalgia with the townspeople who grew up here, “ said Amie Walston, New Milford Historical Society Registrar. “He stands for that rural town that’s sort of fading away.

Chief Waramaug Green is still on display, now indoors at the New Milford Historical Society. He is the hands down favorite of visiting school children. Walston said children have called the museum on rainy days to ask if Waramaug has a raincoat.

“He’s almost like a character of his own,” Walston said. 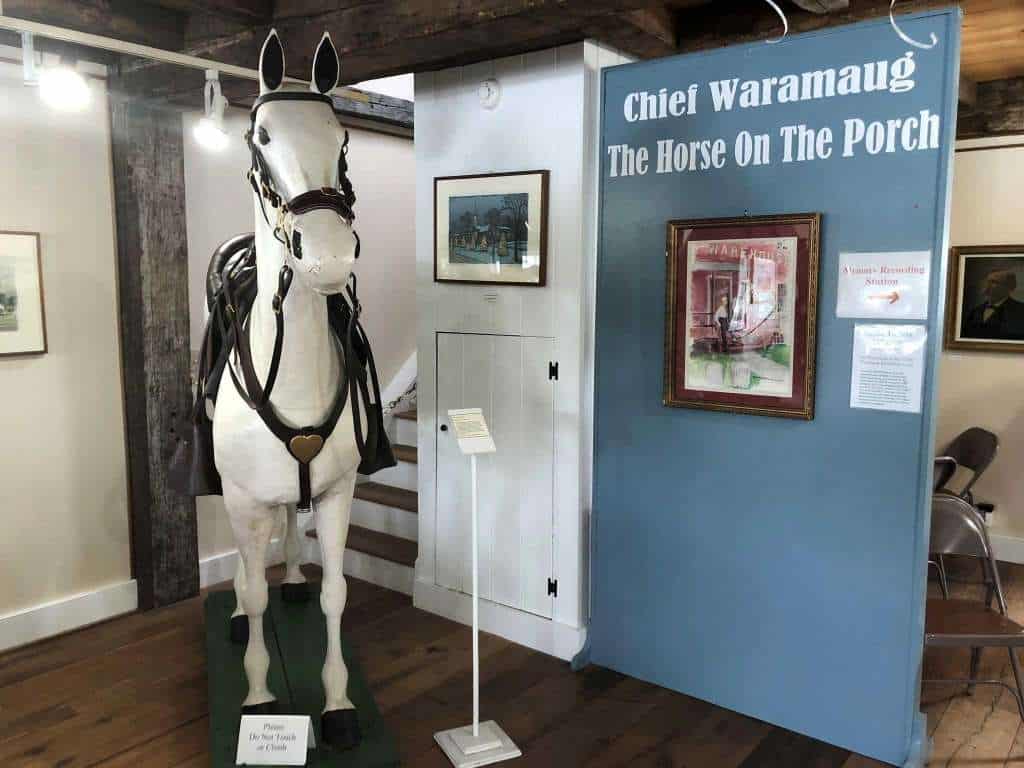 Montana’s Hungry Horse statue was recently repaired after being vandalized! 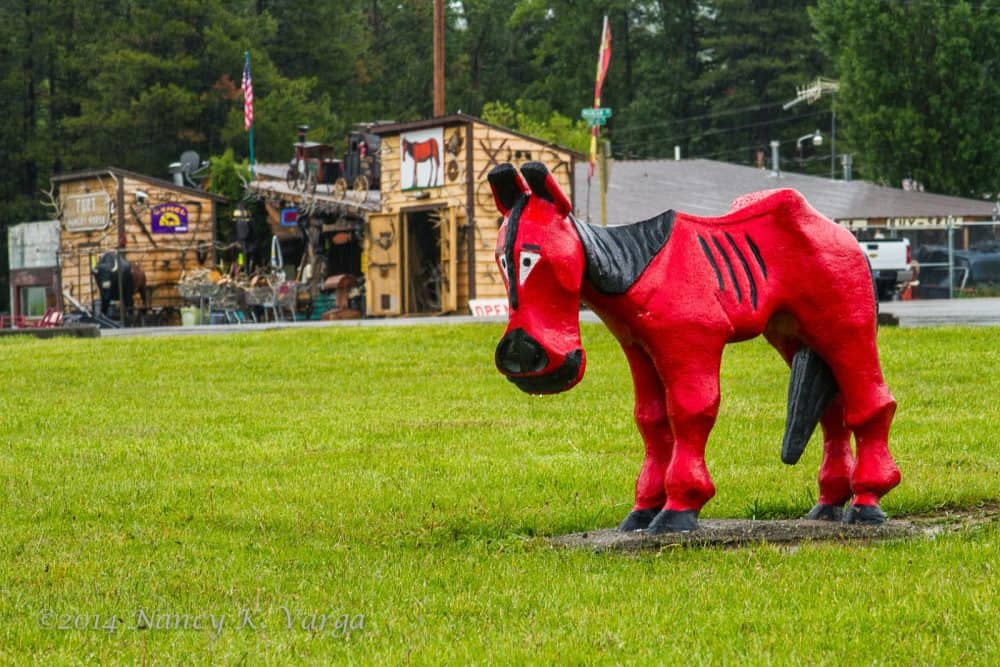