It may surprise you to learn that today’s modern armed forces still utilize horses, mules and donkeys part of a long standing military tradition – caisson horses, Sergeant Reckless. Every animal is considered an active member of the unit. When they reach retirement age, the military employs a strict vetting process to transition them into loving private homes. 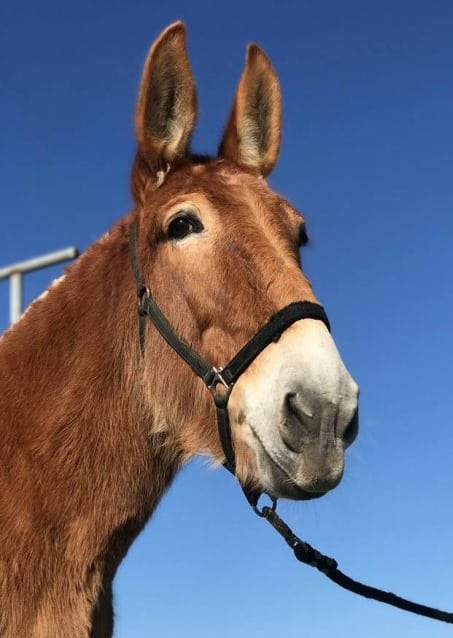 Tina the mule is retiring from the Army. Since 2006, she has served at Fort Hood’s 1st Cavalry Division Horse Detachment, Texas. Born in 1999 Tina participated in cavalry charge exhibits, mounted demonstrations, civic parades and color guards. Tina was partnered with her sister, Dolly, who died in 2018 from bone cancer.

Tina herself is healthy and still capable of doing light riding and driving work. Anyone interested in adopting Tina should send an email to the detachment unit requesting an application packet: 201CDHorseCavalryDetachment@gmail.com.

The application deadline is Friday, March 1. 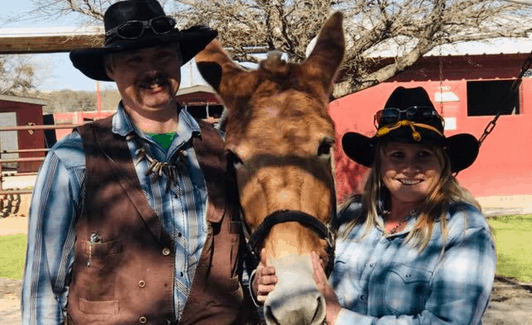 Update March 25, 2019: From more than 600 applications, the 1st Cavalry Division Horse Cavalry Detachment has found a retirement home for Tina the mule. This past weekend Tina was transported to Utah where she will spend the rest of her life with the Melton family.

In 2011, sisters Mindy and Ada, were retired from Fort Hood and found a new home with Krizan family in Texas.