Researchers Use Horses in Genetic Breakthrough

Edward Muybridge made history in 1878 his photographic studies in motion. He assembled a series of still shots then transferred the images to a disk. The disk was spun animating the stills to produce motion. One of his early animations was the mare, Annie G, trotting and galloping. It is one of the sequences that settled a centuries old debate among equestrians – is there a point when all four feet of a horse are off the ground?

140 years later Annie G has again made ground breaking news in a way that Muybridge could never have imagined.

Harvard researchers led by neuroscientist Seth Shipman, Ph.D., conducted a study that suggests that information storage in the future may rely less on machinery than within ourselves.

Researchers sequentially encoded Muybridge’s five frames of Annie G running into a strand of DNA. That DNA was then fed to e.coli bacteria which digested the information. The e. coli was left for several days to multiply. Researchers were then able to extract DNA from the new e. coli bacteria, decode and replay the Muybridge images in correct sequential order.

That’s right. Photos were imbedded into DNA, fed to bacteria which grew and multiplied, then the photos were extracted, in order and replayed with 90% accuracy.

Freaky right? Not so much if you understand a bit of the science behind this announcement.

Begun in 1990 and completed in 2003, the Human Genome Project mapped 99% of human DNA. DNA is a molecule that carries genetic instructions used in the growth, development, functioning and reproduction of all known living organisms and viruses. 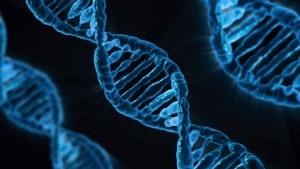 By 2014 researchers had the ability to add artificial genetic code to existing DNA so they could study how altering genes affects a result. We are also beginning to understand how biological markers influence DNA sequence. We know that our life experiences and choices can change how our genes behave. Our altered genes can then be inherited meaning our life experiences may influence the biology of our descendants and their genetic computations.

Adding to our knowledge of DNA, the Harvard study now proves that we can transmitted information, the Muybridge images, via DNA through an organism. We are now able to biologically insert information and retrieve it from a living entity. Future applications for this process are mind numbing. If you jump right into the Orwellian bucket – humans, more precisely our DNA, may become super storage devices of the future by recording and storing more data for longer periods in smaller units than the most advanced computer. Toodaloo Hal, you may have just become moot.

Technology innovates with every generation. Its rather poetic that Muybridge’s horse animations astonished the world in the 1800’s and do so again heralding this 21st century advance. Scientific innovations marked by images of horses.