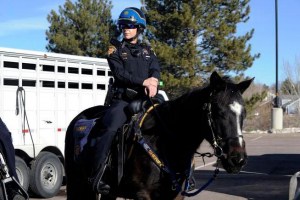 Representative, Marc Catlin and Senator, Don Coram, both Republicans, are sponsors for the protective legislation. There is no specific case of cruelty toward a police horse that inspired the bill, both legislators felt it was important to protect police horses in the same ways as existing laws protect police canines.

The bill builds upon existing general animal cruelty laws by making it a Class 1 misdemeanor to exert any act of cruelty against a police horse. In the case of death, torture or mutilation of a police horse, a perpetrator would face felony charges.

There are approximately 100 police horses in Colorado. Many officers ride their personal horses after passing extensive training. Horses are part of Colorado’s western heritage and serve many functions including crowd control, dignitary escorts, patrolling open areas for illegal hunting and search and rescues.

House Bill 1041 will next go to the Senate chamber for review and vote. The final step will be to present the Bill for the governor’s signature at which point it becomes law. 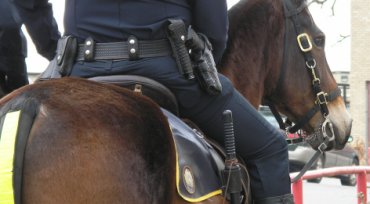