One Man’s Ambition to Change TB Racing in Britain

It is the brainchild of Mehmet Kurt, a Turkish businessman with a passion for thoroughbred racing. The Kurtsystem aims to revolutionize training methods eliminating breakdowns caused by human error and to help young horses develop stronger joints, bones and muscles for their racing careers. Kurt was inspired to find a better way to train young thoroughbreds after an expensive foal he purchased was injured by careless jockeys.

“When the foal that I loved got injured, I said to myself either I’m going to solve this problem or I’m going to leave this [sport] for good.” He explained. 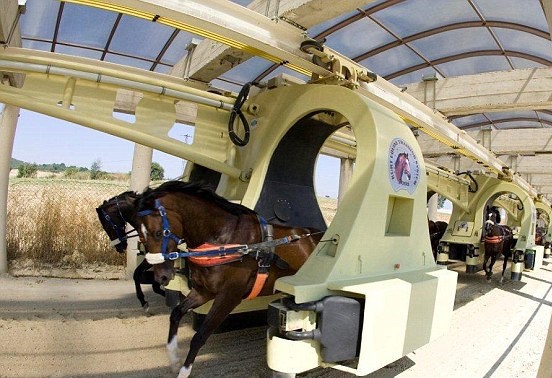 The Kurtsystems prototype built in Turkey

A prototype was built on Kurt’s farm in Turkey and has been refined over the last 15 years. In 2011 Kurt purchased Kingwood Stud in Britain where an updated system has been constructed and will be introduced to Britain’s thoroughbred racing industry this summer.

“I’ve always bought English horses,” Kurt said. “I have over 100 in Turkey. Although they are very good quality, I realized a high percentage of injuries were occurring in pre-training. Because they went into training at two, we found there were leg and muscle problems in 60-70 per cent of them.” 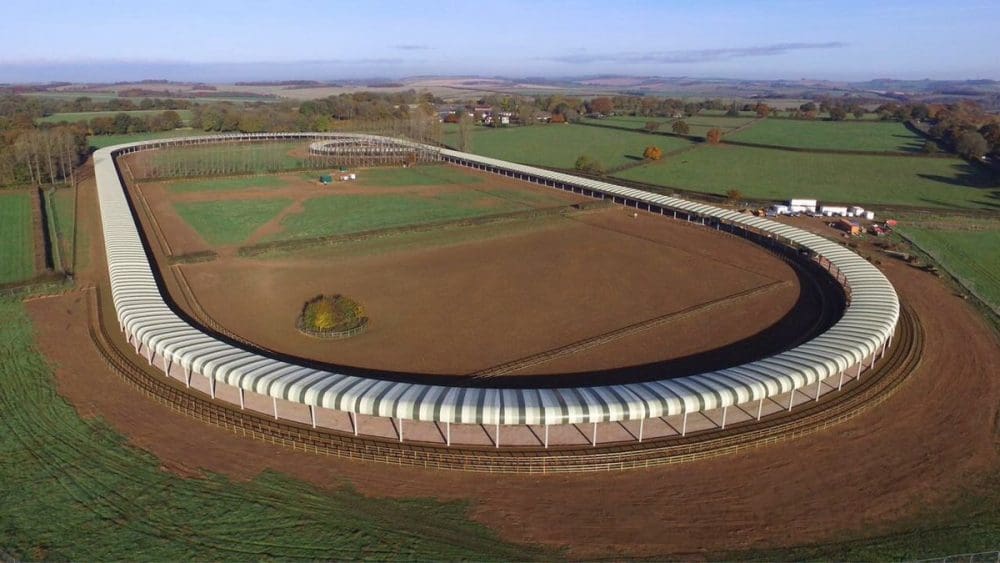 The Kurtsystem at Kingston Stud, Britain

Individual horses are harnessed within a cabin. The unit accommodates 10 horses per training session. It allows horses to work at varying speeds up to 30 miles per hour on a covered, all weather track. A veterinary cabin at the back of the unit allows trainers to monitor the horse’s vitals. The Kingston Stud installation cost approximately L40million (nearly $52 million dollars), double the initial construction estimate.

The Kurtsystem also offers a single unit in the form of a modified automobile designed to train horses or camels.

The British horse racing is worth more than £3.45 billion annually to the UK economy, with 85,000 jobs reliant on it, according to the British Horseracing Authority.