One-eyed Horse Will Race in the Derby

The Kentucky Derby is next Saturday, May 6th at Churchill Downs. This year’s field includes a unique character in many respects; 1) that he is one of only 21 horses to qualify for the prestigious race and 2) because he has only one eye.

Patch is owned by Calumet Farm and trained by Todd Pletcher. As a 2-year-old in training he developed an ulcer on his left eye. He was sent to specialists Rood and Riddle Equine Hospital in Saratoga but efforts to save his eye failed and it was removed. Remarkably the loss of an eye did not slow this race horse.

Sired by Belmont Stakes winner, Union Rags, Patch’s pedigree is comprised of genetic royalty: A.P. Indy, Seattle Slew, Secretariat, Bold Ruler, Nijinsky Mr. Prospector and Northern Dancer. He has made an impression on his trainers with 3 starts, 1 win, 2 places and $230,000 earnings to date. He is lightly raced but has earned the 40 points necessary to qualify for the Derby.

“Patch has a nice turn of foot and a lot of talent. It’s not easy to jump up into a grade 2 out of a maiden race, but I feel like we have a sound, happy horse and that gives me confidence going into the race,” Adele Bellinger, assistant to trainer Todd Pletcher, told BloodHorse prior to the start of the Louisiana Derby.

Storm in May ran in the 2007 Kentucky Derby placing 16th. Blind in the right eye as a foal he earned $511,282. After the Derby he ran a few times but performed poorly. He was retired and started a second career as a show horse.

Racing experts consider Patch a long shot to win the Derby but he has certainly won the hearts of the public who loves to cheer the underdog!

Patch Breezing Before the Kentucky Derby

Patch is sired by Union Rags whom WARHorses has previously posted. Read about the special relationship between Union Rags and his owner, Phyllis Mills Wyeth. 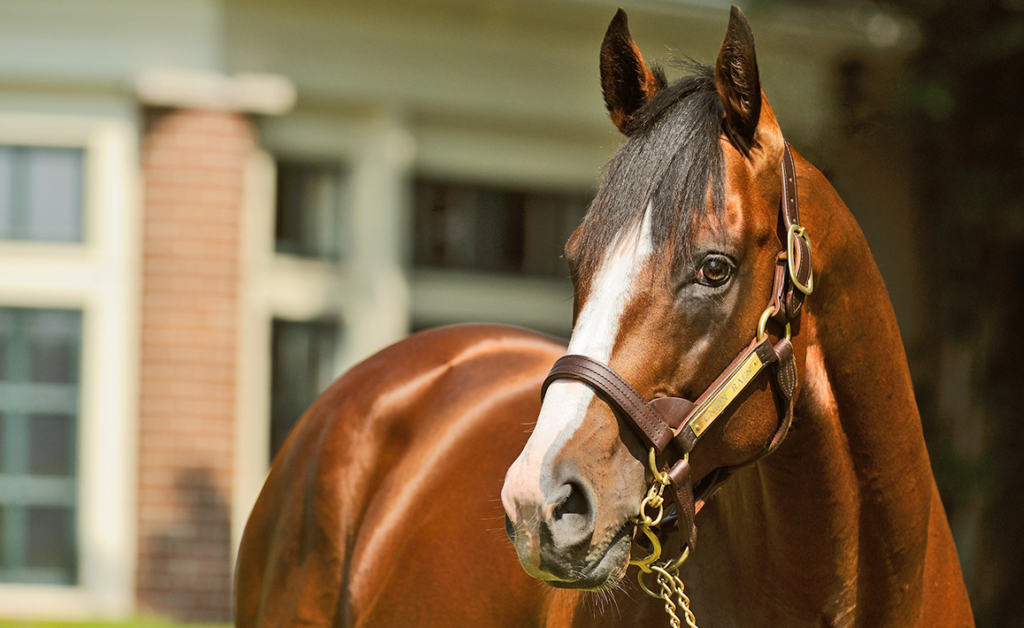 Patch was one of 6 worthy Thoroughbreds nominated for the 2017 Secretariat Vox Populi Award. His record to date includes 6 starts; 1 win, 2 places and 1 show (he placed 14th in the Kentucky Derby). He has earned $417,520 to date. Sent to Calumet Farms in the fall of 2017 for a vacation, he is expected to return to the track for his fourth season.