Austin, Texas police have arrested a man accused of drunkenly punching one of their patrol horses in the nose.

A mounted patrol officer spotted an intoxicated man staggering around a busy intersection on Friday night. Police say when they approached him they could smell a strong odor of alcohol and the man’s speech was badly slurred.

According to the arrest affidavit, the man fell down at one point then stood back up to pet an officer’s patrol horse, named Moonshine. Suddenly the man punched Moonshine with enough force to cause the horse to buck his head back in fright. He was immediately arrested.

The man faces a charge of interference with a police animal, a state jail felony punishable by up to two years in jail. His bail is set at $7500. 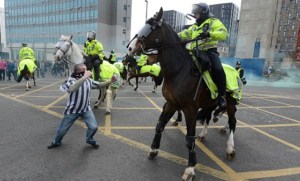 This is not the first time drunken bravado inspired an idiot to punch a police horse, it is a global phenomenon.

In 2013 a drunk British man punched, Bud the police horse after his team lost a football match (soccer for Americans). The man spent a year in jail and was banned from attending any matches for six years. 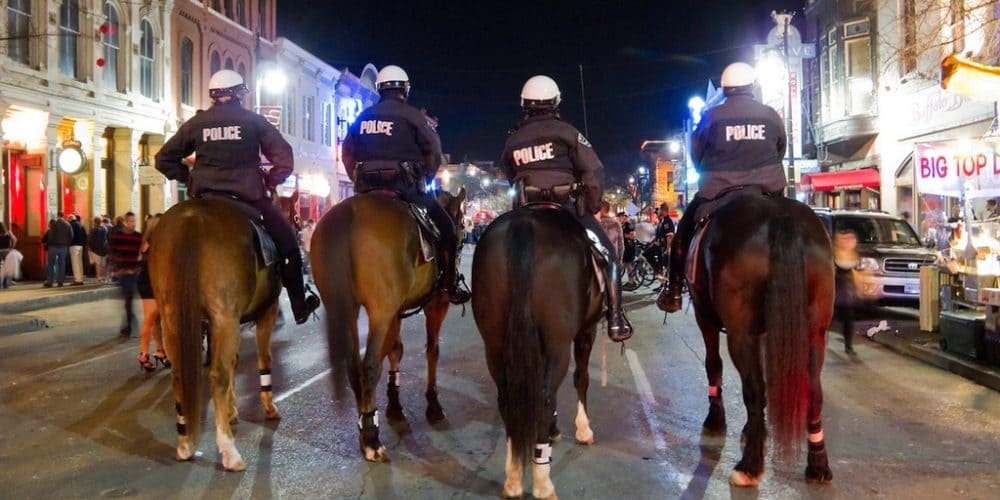 The Austin Mounted Patrol Unit is made up of 8 officers and 14 horses. You might wish to LIKE their FB page! They are currently searching for a new horse – maybe you can help?

WARHorses has posted several stories about Mounted Police. If you’d like to read more about our four legged civil servants, tap the button!