APRIL, 2019, Montreal, Canada: Early in the month, frantic Canadians scoured the Île Sainte-Hélèn, an island in Montreal, for a lost pony sporting a pink mane. Photos of the pony posted on Facebook sparked elaborate search efforts by officials, rescue groups and concerned neighbors.

No one could imagine how or why the pony was wandering the island, but everyone was deeply concerned for its safety.  It was obvious the pony was on the island someplace afterall people were posting photos. Despite their best efforts organized searchers had no luck locating the mysterious pink pony. 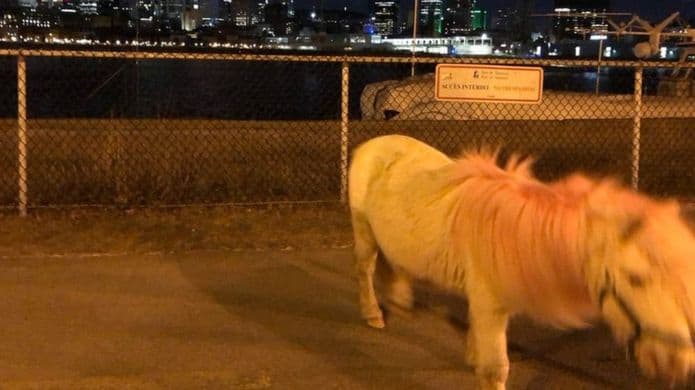 After two hysterical days of community island combing, a popular tv program called “Vlog” announced that the posts were a hoax designed to “test the impact of unusual news on digital platforms.”

What Do You Think?