The bomb cyclone that caught Bernadette the horse in a 7 foot snow drift last week continues to wreak havoc. Heavy rains and melting snow are blamed for catastrophic flooding in the midwest setting records in 6 states.

Sadly 3 people are confirmed dead and 2 others missing. People and animals are suffering but as we see with every disaster, rescue organizations, neighbors and kind-hearted strangers show up to help.

In Lincoln, Nebraska, 2 dozen horses were trapped belly deep in water inside their flooded barn. The Nebraska State Patrol troopers rescued all 19 horses, unfortunately a donkey and pony drowned.

In, Pacific Junction, Iowa, rescuers saved 30 dogs, several goats, cats and a pig from inside a house as a nearby levee gave.

In Sarpy County, Nebraska, a woman organized volunteers to rescue 200 San Clemente Island goats, an endangered breed with only a few hundred in existence. When rescuers arrived, the goats were huddled on hay stacks. Several hours later they were all safely loaded into a horse trailer and hauled to a dry location. 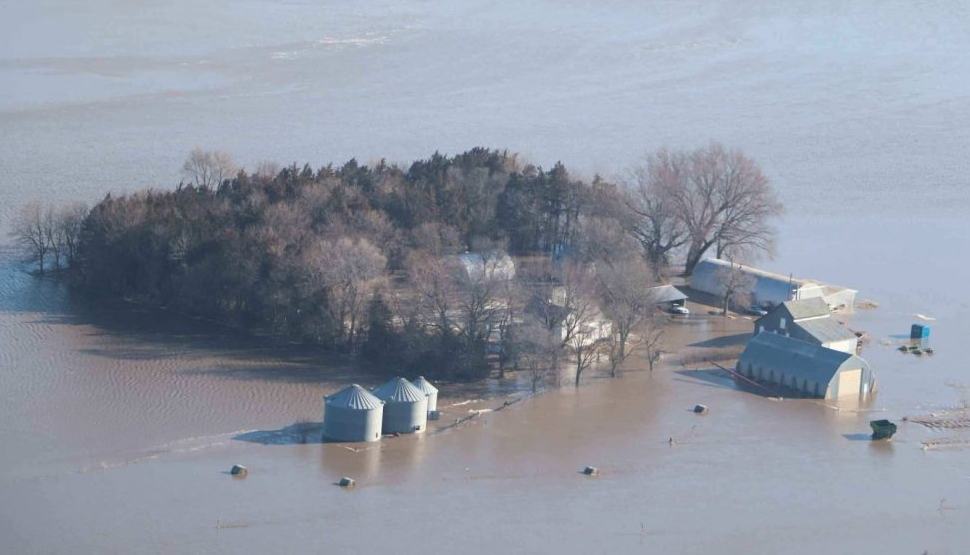 Many communities remain underwater so it is too early to assess the total damage. The governors of Nebraska and Iowa have reported that up to 1 million calves alone have likely drowned in the waters. Nebraska’s most recent guesstimate is $1.3 billion lost to its agricultural community, and counting.