Man Blames Horse for Break In

July 23, 2019, Pasco County, Florida (USA): A Florida man accompanied by a horse was arrested for breaking into a home. He blamed the horse.

The 52-year-old man rode the bay mare named Angel to a home under renovation. Unbeknownst to the intruder, the property was wired with video surveillance which showed him walking around the property leading the horse. At one point the man and horse stepped inside a screened-in porch where he attempted entry through a padlocked door. When that failed, he went to the back of the house and broke a window to get inside. 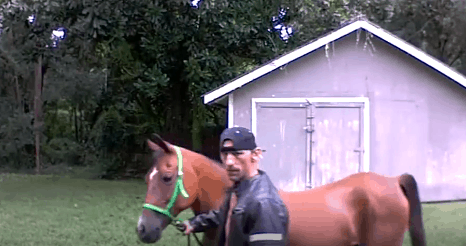 Meanwhile the property owner was receiving alerts from the surveillance system on his phone. He reported the intruder to police, jumped in his car and drove to the property. Upon arriving, the home owner saw the horse running down the street then intercepted the suspect who claimed that his horse had broken into the house and he had to go inside to get her.

Police arrived and arrested the man. According to the arrest report the man told deputies his horse entered the yard through a broken fence so he followed it onto the property. He then entered the house because he was interested in renting it and wanted to see inside. While he did not take anything from the home, he was charged with burglary of dwelling and is accused of doing $100 worth of damage.

Meanwhile, the horse, Angel, was caught further down the road by neighbors and held roadside until police arrived. Officers fed her animal crackers until a trailer was available and she was safely returned to her owners. A final twist, it turns out that Angel did not actually belong to the man who later confessed that she was “borrowed”. 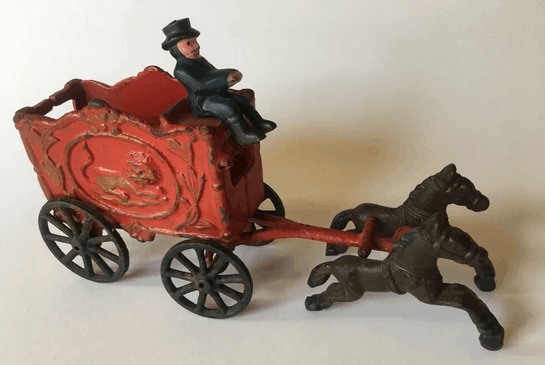 SHOP WARHorses for Equestrian Collectibles such as this cast iron horse drawn circus wagon only $95 plus shipping.  SHOP NOW