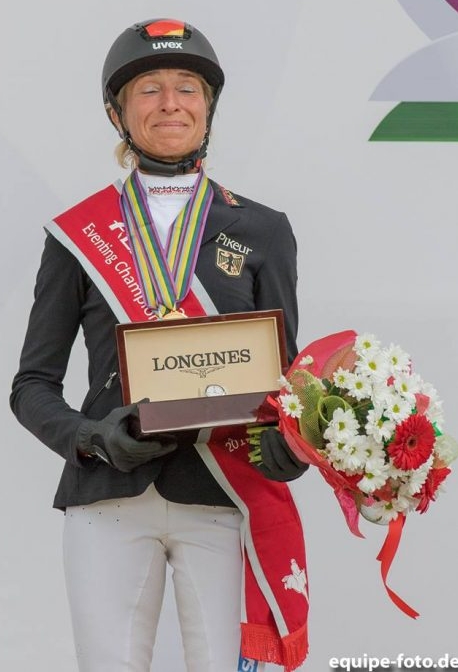 “You just have to keep going and after 20 years it will happen! I always want to be a team player, but this was my dream,” said Klimke.

In cross country Ingrid was only one of four riders to finish clear and within the time. She is currently 25th in the World Eventing Athlete Rankings.

Among her many accomplishments Ingrid is a 3-time Olympic and 2-time WEG medalist and has been a member of the German Eventing Team for two decades. In 2012 Ingrid became only the second woman to be honored with the title Reitmeister within the German Equestrian Federation. Her sporting philosophy is, “You must always have dreams and goals. Never rest, never think you have it all.”

Watch Ingrid and Bobbies Winning Round