Hurricane Harvey made landfall Friday night near Houston, Texas. The Category 4 storm with winds of 130 mph dumped up to 30” of rain on Houston, the 4th largest U.S. city with 2.3 million people. Downgraded today to a tropical storm, Harvey is headed back into the gulf where it will regain strength and make a second landfall in the same area. Residents are warned to expect up to 50” of rain (25 trillion gallons according to CNN) before Harvey finally moves on by week’s end. 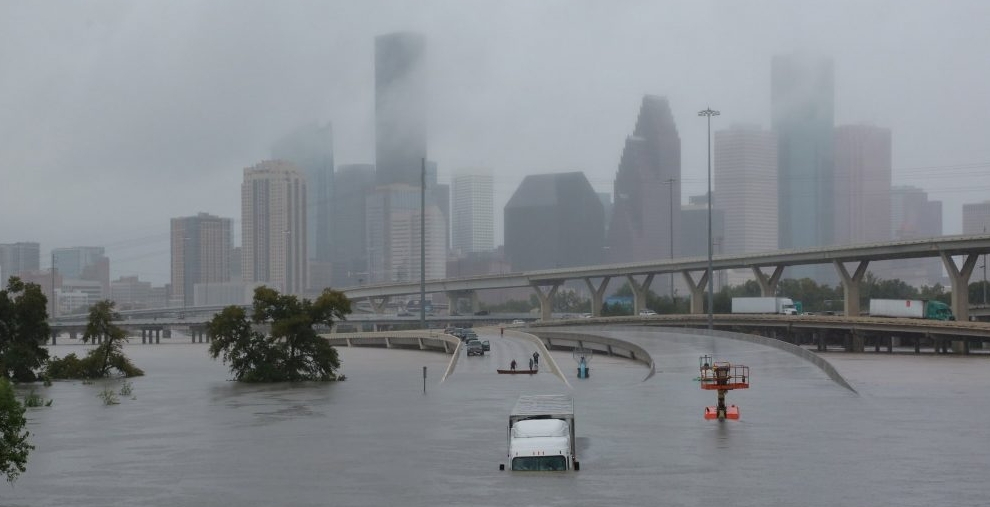 Houston 911 has received more than 56,000 emergency calls a day (typical day is 8000). As with many catastrophic events, emergency crews are working overtime to help those in need but are overwhelmed by the magnitude of this disaster. As we often see during difficult times, the good nature of people kicks in as neighbors help one another and the animals left behind.

A group of neighbors from Magnolia, Texas managed to boat to a flooded barn. When they entered they found livestock neck deep in rising water. Guiding the animals by boat, they managed to swim 3 horses and 4 cows a quarter mile to higher ground.

A frightened horse was stranded below a bridge in rushing water. Rescuers worked for 20 minutes to guide the horse to safety. The owners have not yet been identified.

The Houston Police Department moved their 35 police horses ahead of the storm. The horses are weathering the storm at Texas A&M University. Patrol horse, Smash, has become an internet sensation donning his swim floats in preparation of more rain and flooding. 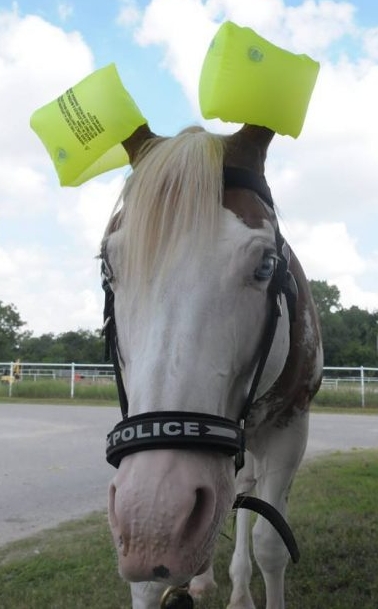 If you need help or are in a position to help others, please check these useful links.