July 14, 2019, Fresno, California (USA): No horse owner wants to get a call like the one Lisa (last name omitted for privacy) received from the Fresno County Sheriff Department on July 2. Lisa was informed that her horse had been found dead from gunshots received during an incident where a deputy was also shot.

Deputy, John Ericsson accompanied by a civilian rider responded to a call regarding a disagreement between neighbors over a property line dispute. The caller told dispatchers that their neighbor had a gun and was shooting indiscriminately. Upon arriving a man took multiple shots at the deputy’s vehicle striking him in the leg. After several hours of negotiation, the shooter surrendered. Following the man’s arrest during investigation of the scene deputies noticed a horse laying in a nearby pasture and assumed it was dead.

Sometime later the horse was spotted standing. The sheriff’s office arranged for a trailer and hauled the horse, Sunshine, for medical attention. Hours after the initial call, Lisa learned the good news. Sunshine is expected to recover from the nine gunshot wounds. 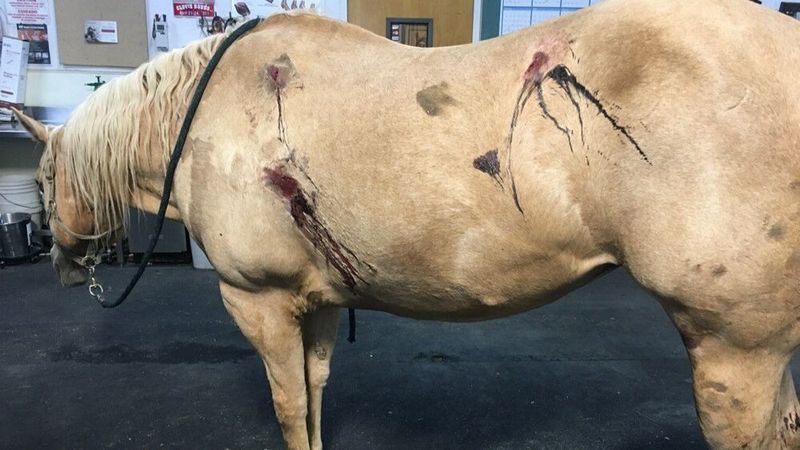 Deputies believe Sunshine was shot prior to Deputy Ericsson’s arrival. The shooter is currently jailed facing multiple felony counts including shooting at an occupied vehicle, using a firearm to commit a felony, committing a felony while armed and animal cruelty.

Deputy Ericsson required surgery but has since been released from the hospital to recover at home.