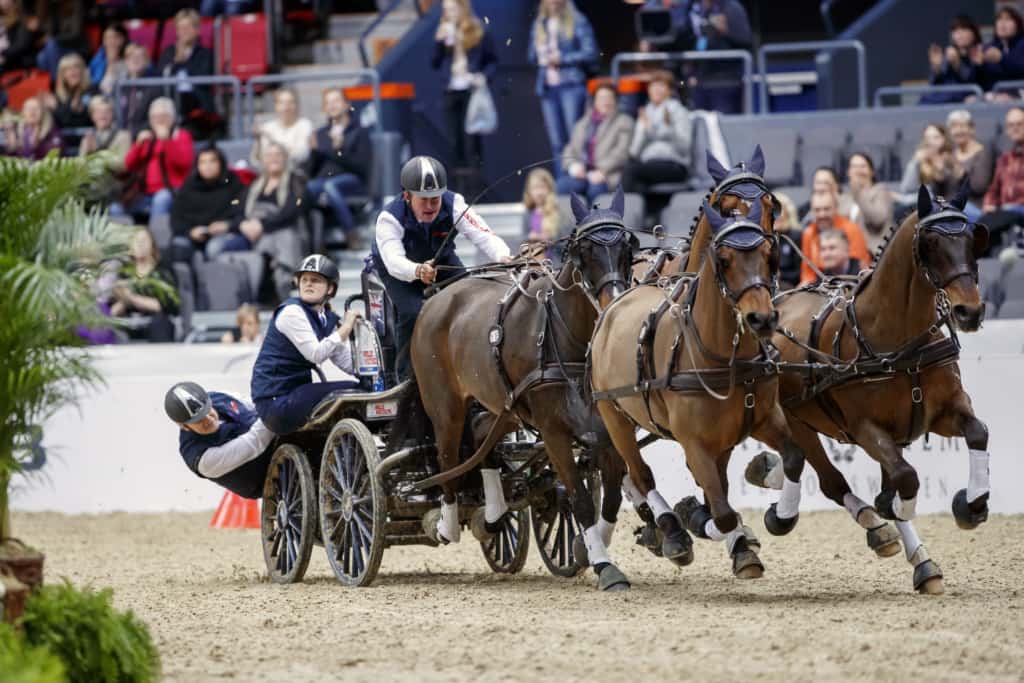 The winner of the FEI World Cup™ Driving Final, Boyd Exell from Australia with his Four-in-Hand team. Photo (FEI/Stefan Lafrentz)

Six of the world’s best four-in-hand drivers representing five nations earned tickets to this breath-taking event. The qualification phase of the series took place over eight legs held between November 2016 and February 2017 in 8 different European countries.

Level 4 Course Designer Johan Jacobs (NED) had laid out a technical course with three obstacles and a brand new bridge, which suited most of the drivers. It was Jacobs’ first time as Course Designer at an FEI World Cup ™ Driving Final and his goal was to see controlled speed, which worked out well in the course.

The Federation Equestre Internationale is the world governing body of equestrian sport. It exists to ensure that events are conducted in a fair, consistent and structured way across the glove and that the welfare of our athletes – human and equine – are protected.