One of North Carolina’s wild horses recently got herself stuck halfway over a fence. The 1-year-old mare, Amelia, is a member of the wild horses of Corolla who live on the Outer Banks. In attempting to cross a fence she apparently misjudged (youthful inexperience?) and got stuck straddling the rails with her front legs on one side and back legs on the other. There is no way to know how long she was immobilized but the rest of the herd had wandered away by the time two tour guides happened upon her.
Interaction with the Outer Bank wild horses is prohibited for the safety of  both people and horses. Craig Young and Paul Swisher knew well the rules but also understood that Amelia needed help now. After consulting with the Corolla Wild Horse Fund which manages the animals, they put a clever rescue plan into action. Rather than trying to pull the horse off the fence risking injury to Amelia or themselves, they chose instead to dismantled the fence. Carefully they removed rails until Amelia was able to calmly step over the remaining rails. Once free she walked off in search of her family, no worse for the wear.
Thinking outside the box gave this unfortunate situation its happy ending. Happy trails Amelia. 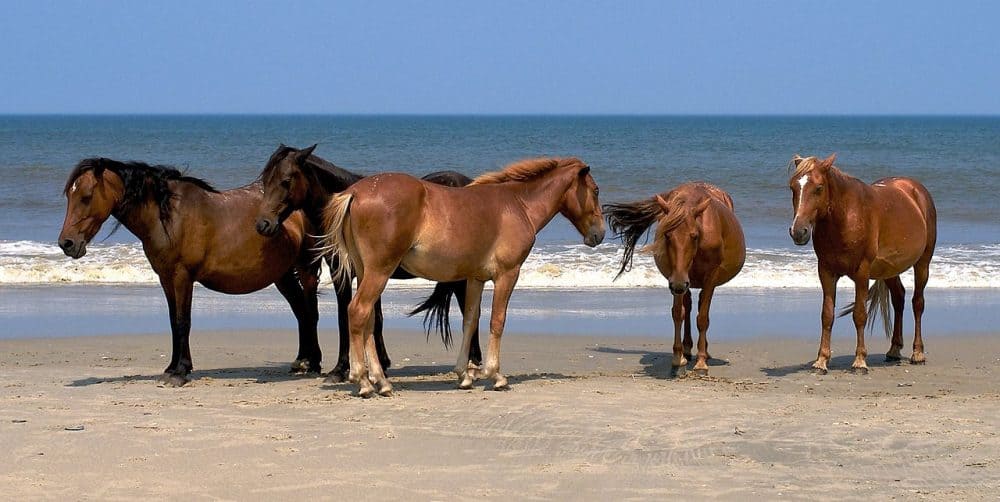