“Humanity’s true moral test, its fundamental test…consists of its attitude towards those who are at its mercy: animals.”
― Milan Kundera

The Federation Equestre International (FEI), the international governing body of equestrian sports, recently handed down two rider suspensions and had an earlier suspension set aside on appeal.

The FEI issued the following statement:

Under the terms of the Final Decision, the FEI Tribunal has imposed a three-year period of ineligibility on the athlete. A fine of CHF 5,000 and costs of CHF 2,000 were also imposed.
Video footage of the abuse was widely shared on social media and the athlete publicly acknowledged that it was him riding the pony in the video.
In September 2020, the Brazilian Equestrian Sport Tribunal (“Superior Tribunal de Justiça Desportiva do Hipismo Brasileiro”) issued a decision that they had no jurisdiction in this case as it was an out-of-competition incident. As a result, the FEI opened separate disciplinary proceedings against Da Silva in accordance with Article 30 of the Internal Regulations of the FEI Tribunal for alleged breaches of Article 142 of the FEI General Regulations, which prohibits horse abuse.
Following publication of the FEI Tribunal’s Final Decision, the parties have 21 days from the date of notification (19 April 2021) to appeal the decision to the Court of Arbitration for Sport (CAS).

April 22, 2021: The following day the FEI announced that American show jumper Andrew Kocher has been suspended for 10 years for using electric spurs on his horses.

The FEI issued the following statement:

The FEI Tribunal has suspended US Jumping athlete Andrew Kocher for 10 years and disqualified him from eight events between June 2018 and November 2019 for using electric spurs on horses. The athlete has also been fined CHF 10,000 and ordered to pay costs of CHF 7,500.
The FEI Legal Department notified the athlete on 29 June 2020 that an investigation had been opened following allegations about electric spur use reported to the independent Equestrian Community Integrity Unit (ECIU). It was alleged that Mr Kocher had used electric spurs on a number of FEI registered and national horses in international and national events, and during training.
Following the investigation, the FEI formally opened disciplinary proceedings against Mr Kocher in October 2020. He was provisionally suspended on 28 October 2020 pending a hearing before the FEI Tribunal, and this period will be credited against the full suspension, meaning that the athlete is ineligible through to 27 October 2030.
During the suspension the athlete is barred from participating in or attending, in any capacity, including as a spectator, any competition or event that is authorised or organised by the FEI or any National Federation.
The sanctions also include disqualification of all results obtained at events for which the FEI Tribunal was provided with photographic evidence establishing the athlete’s use of electric spurs. The eight events are: CSI4* Hickstead (GBR), 21-24 June 2018; CSI3* Lexington (USA), 14-18 May 2019; CSI2* Lexington (USA), 22-26 May 2019); CSI5* Calgary (CAN), 5-9 June 2019; CSI5* Calgary (CAN), 27-39 June 2019; CSI3* Traverse City (USA), 7-11 August 2019; CSI3*-W Columbus (USA), 2-6 October 2019; and CSI4*-W Toronto (CAN), 5-9 November 2019.
These sanctions form the operative part of the FEI Tribunal decision. The full reasoned decision will be published here in due course. Parties can appeal to the Court of Arbitration for Sport (CAS) within 21 days of receipt of the full decision.
https://www.usef.org/media/press-releases/fei-tribunal-imposes-ten-year-suspension-on
The United States Equestrian Federation (USEF) released a statement in support of the FEI Tribunal’s determination:
The United States Equestrian Federation (USEF) unequivocally supports the decision of the FEI Tribunal to suspend athlete Andrew Kocher for 10 years and disqualify his results from eight events between June 2018 and November 2019 for the use of electric spurs. Mr. Kocher has also been fined CHF 10,000 and ordered to pay costs of CHF 7,500. USEF will reciprocate the suspension which began provisionally October 28, 2020 pending the FEI Tribunal hearing.
“The U.S. Jumping Team does not tolerate any form of cheating or horse abuse and fully stands behind the outcome of the FEI Tribunal decision. Horses are our willing and trusted partners in sport and deserve our ultimate care and respect in the pursuit of excellence. It is our duty as athletes and leaders in the sport to put the welfare of the horse first while ensuring a fair and level playing field at all times,” said, Robert Ridland, U.S. Jumping Chef d’Equipe & Technical Advisor.
USEF also acknowledges the effectiveness of the FEI process that allowed the full and thorough investigation, which was instrumental to the final outcome. Further information on the reasoned decision will be forthcoming from the FEI. 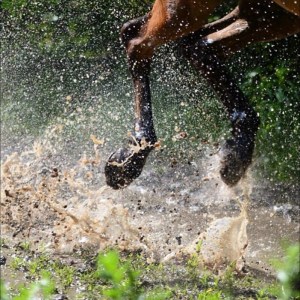 May 4, 2021: The FEI’s suspension of UAE Endurance athlete Sh Abdul Aziz Bin Faisal Al Qasim has been overruled by the Court of Arbitration for Sport (CAS) on appeal siting insufficient evidence of abuse.
FEI’s initial ruling followed the euthanization of the horse Castlebar Contraband in Fontainebleau (FRA) in October 2016. The horse suffered an open fracture to its right front cannon bone during the event. A post mortem revealed the presence of a sedative, Xylazine, which is prohibited in competition. The substance is known to be used in Endurance to lower the heart rate.
In its decision the CAS Panel sited several reasons for supporting the appeal. Among those was their assertion that the horse had passed inspection and veterinary checks prior to competition and could not be ruled as unfit to compete. The CAS Panel determined that the FEI had not sufficiently proved horse abuse to justify the severity of the sanctions imposed.