Don’t Look This Gift Horse in the Mouth

The Art Institute of Chicago will be trotting out a new sculpture on October 5. Gift Horse by German born and New York resident, artist Hans Haacke will reside outdoors on the Art Institute’s third-floor Bluhm Family Terrace above the Modern Wing through July 14, 2019.

The 4000 lb. bronze sculpture is a 15 foot tall horse skeleton in mid-stride. A ribbon is wrapped around its foreleg embedded with LED lights and a real time feed of the stock exchange. Always hesitant to explain his work, Haacke provided a veiled statement.

“I’ve always been interested in systems and how they work. Political and social systems, of course, are part of that. They can’t be escaped.”

Gift Horse was created through a public art commission, the Fourth Plinth, which awards international artists the opportunity to adorn a vacant plinth in Trafalgar Square, London. There the sculpture was unveiled in 2015 then relocated in 2017 to Haus der Kunst, Munich. Its presentation in Chicago marks the first time Gift Horse will be seen in North America.

Haacke’s design was inspired by an engraving in The Anatomy of the Horse (1766) by of British painter, George Stubbs. The figure also references an equestrian statue of William IV that was originally planned for the Trafalgar Square in 1841 but never materialized due to a lack of funding.

Gift Horse was the 10th piece commission for the fourth plinth of Trafalgar Square. The first sculpture to stand on the empty plinth in the northwest corner of the square was Mark Wallinger’s figure Ecco Homo in 1999. Prior to Gift Horse, the fourth plinth was occupied by a 16 foot tall bright blue rooster, “Hahn/Cock” by Katharina Fitsch. 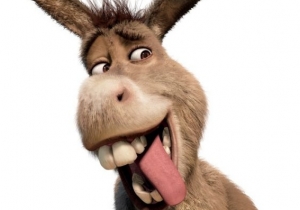 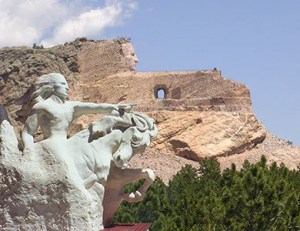