In June 2018, Shirley Kittleson, a 72 year-old veterinarian in rural Minnesota, received a call from the local Humane Society, “could you take in six dozen miniature horses?”. The Humane Society and Watonwan County officials seized the herd of 72 following an anonymous tip asserting mistreatment. The horses owner, Michael Johnson a third generation horse breeder, was found to be negligent and signed the horses over to the Humane Society. 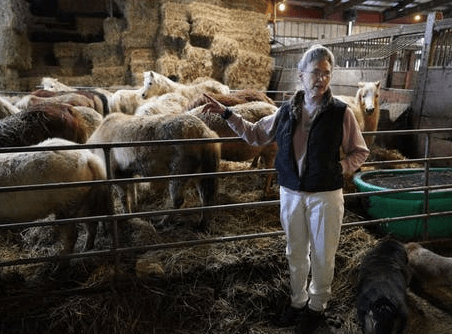 Kittleson has been caring for the miniatures for a year and a half.
(PC: Brian Peterson/Star Tribune)

Kittleson accepted the horses at her farm. Each was examined, medically treated as needed and all overgrown hoofs properly trimmed. 17 months later, they’re still at Kittleson’s farm racking up a $325,000 bill for which all parties refute responsibly. Kittleson told local reporters that she is unable to sell or rehome the horses because the Human Society has not legally released them to her. In December Kittleson filed a lawsuit against the Human Society and county for non-payment.

When the county received an earlier invoice for $65,000, they told Kittleson that the horses were the responsibility of the Humane Society. An attorney for the Humane Society claimed the burden of payment lies with the horse’s original owner, Johnson. And Johnson countered that he is not responsible because he signed the horses over to the Humane Society when they were seized. Attempts at mediation continue but a court date has not yet been set. 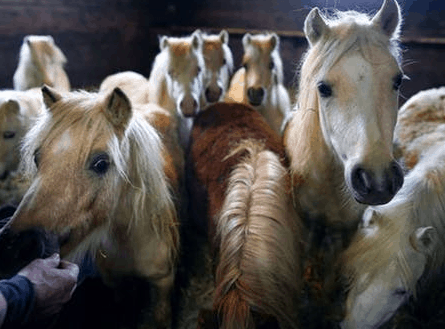 btw: Johnson was convicted of 2 counts animal neglect and sentenced to a year of probation and 90 days in jail which maybe forgiven if he meets the conditions of his probation.

How much forage should be fed daily to a miniature horse?

A miniature horse should receive at least 2-4 pounds of forage a day. A fine, soft leafy hay is preferred over a coarse, mature hay. Feed 1/3 to 1/2 a flake of quality grass or alfalfa-grass mix twice a day.

WILL YOU GIVE A BUCK?
WARHorses provides free original content for our horse-loving readers and we want to keep it that way. You can help us. If you find any joy and value from our articles please consider sending us a buck or two.Your contribution helps us to continue providing you with informative, inspirational and light-hearted content.