Since Antiquity urban equines have been the source of one particular problem. What to do with all that manure?

Julius Caesar banned horse drawn courts in Rome from dawn to dusk to mitigate gridlock, noise and to allow time to clean up the evening’s manure. Manure was such a problem in London in the 1890s that one writer for the Times estimated that in 50 years every street in London would be buried under 9 feet of manure. In 1900 there were 100,000 horses in New York city producing 1,200 tons of manure and 1 liter of urine per horse everyday, much of it landing in the streets.

Manure management evades “a good” solution even today. Residents of Auburn, Kentucky a rural community of 1300 have been in disagreement for years about manure left by the local Amish communities’ horses.

Residents have complained about the smell and potential hazard of manure piles in town. Neighbors tried to work out an amicable solution to no avail.  In 2014, the city passed an ordinance that required all large animals to wear bags to catch their waste within city limits. 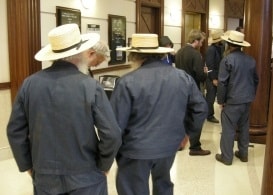 Passing the law didn’t pass the mustard with the local Amish community who refused to equip the horses concerned that the bags would spook their horses and cause injury. Repeatedly ticketed, they have refused to pay the fines which has resulted in  contempt charges and arrests.

On August 3rd, two members of the Amish Swartzentruber community were found guilty of violating the ordinance. Wilbur Mast and Rudy Miller were each convicted by jury on 6 counts. Their fine is $50 per violation. There are 10 additional Amish defendants with cases pending before the District Court.

Indiana has also struggled to find a solution to its manure-in-the-street problem. In 2015 the LaGrange County Indiana County Board of Commissioners (home to the second-largest Amish community in the U.S. with more than 17,000 members) considered enacting a similar “catch it” ordinance. Speakers testified that manure bags were ineffective and one commissioner asked “You want your police out there pulling over buggies because they don’t have on a bag?”

The consideration was dismissed because no workable solution was presented.

After thousands of years, a manure solution still evades human ingenuity. We’ve sent a man to the moon, we can grow spare body parts from harvested cells and we enjoy chocolate candies that melt in your mouth and not in your hand. At least we can agree on one other thing – shit happens. 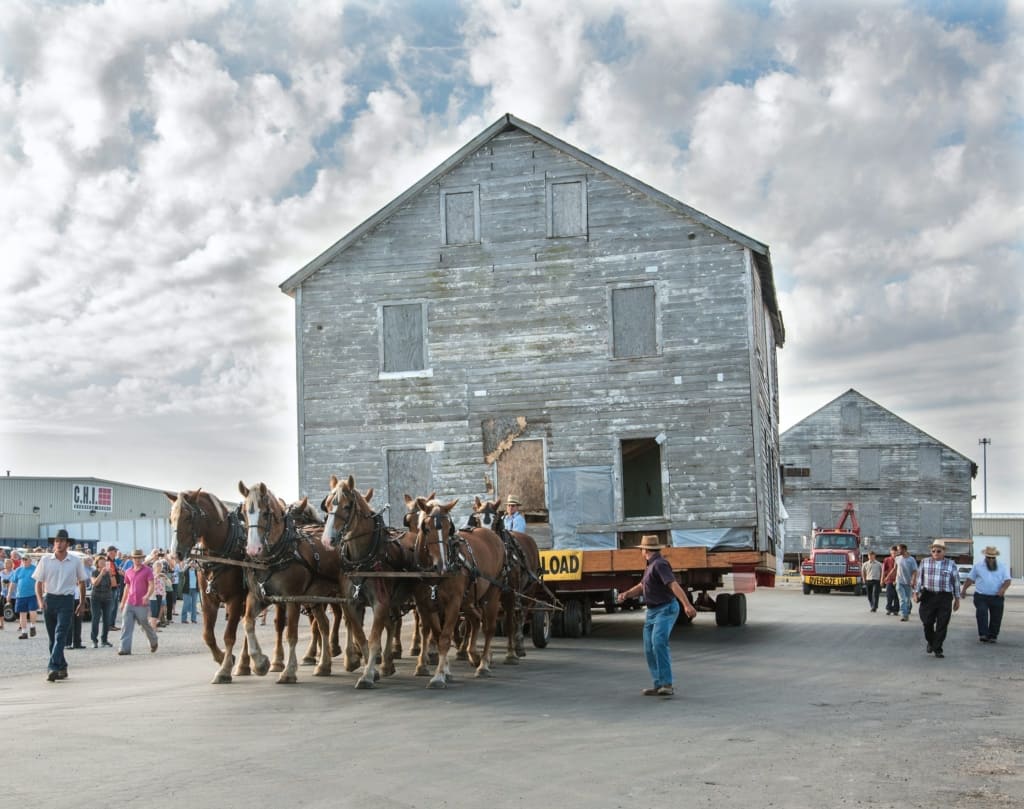 Did you read this earlier WARHorse post that answers the question “How many horses does it take to move a 45 ton house?”