Every August you’ll find the good people of Macklin, Saskatchewan (Canada) hanging out. Its a community party, eating, drinking, dancing, laughing around a single purpose. The local populous, 1500 townfolk, young, old and everyone in between is playing in the Bunnock Tournament. What’s Bunnock? It’s a game where teams toss horse ankle bones. 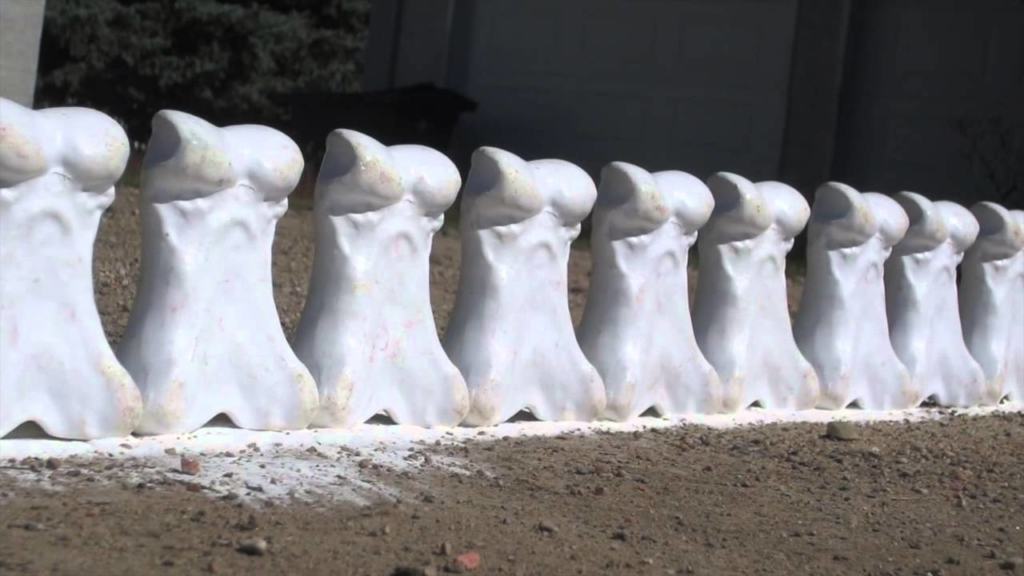 In the early 1800s, Russian solders stationed in northern Siberia were desperately bored. Looking about camp they realized, “Hey, we have a pile of horse ankle bones!” The soldiers started tossing those bones and hence evolved the Game of Bones or Bunnock. Its kind of like bowling or curling.

Bunnock requires 52 bones and two teams with an equal number of players, usually four. The eight heaviest bones are marked as throwers while four more are marked as guards. The rest are ordinary soldiers. The guards and soldiers are equally divided, then set on level ground in two parallel lines, 10 meters apart. 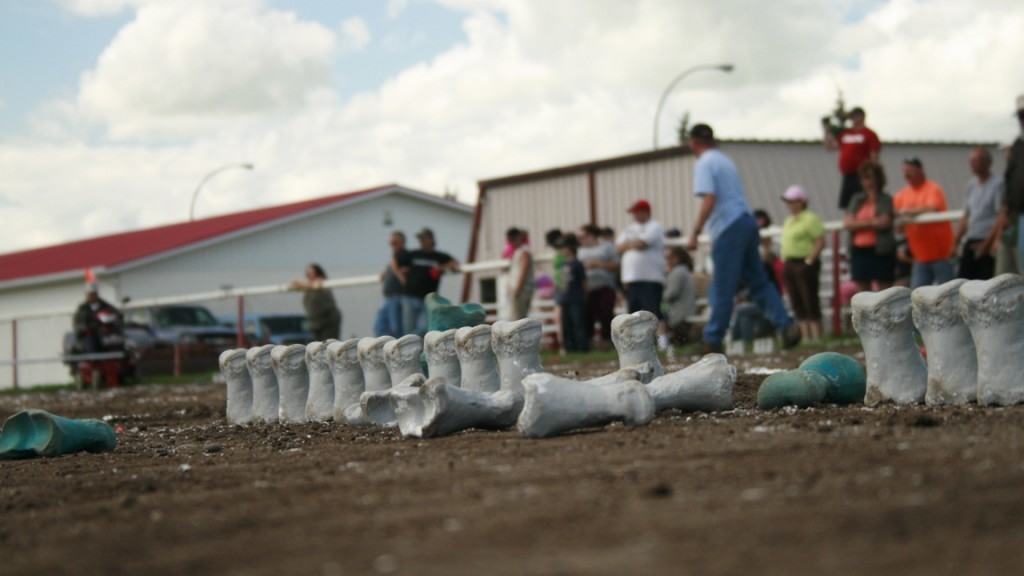 Sounds easy but its not. The horse ankle bones originally came from a local slaughter plant inspiring one industrious resident to hand paint and sell game pieces. These original bones varied in shape and weight making game play especially challenging. More recently the tournament has embraced plastic bones, uniform in shape, weight and bounc-ability. But most old timers agree that the real bones were much more fun to play with. 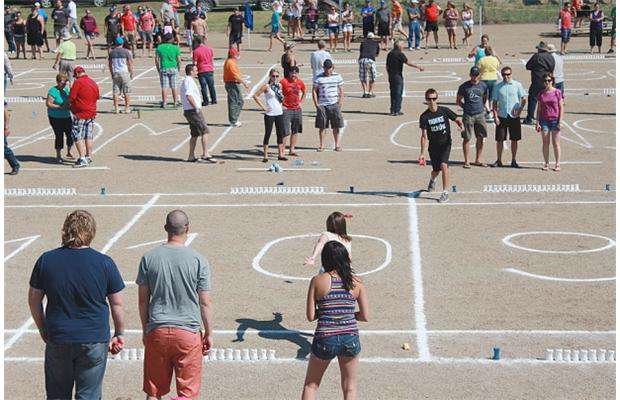 Macklin has been holding an annual Bunnock Tournament for decades. Game play has become increasingly popular since the early 1990’s. This year’s tournament included 320 teams. The towns population doubled during the three-day tournament pumping $1 million into the local economy.

“It’s quite surprising to watch: You’ve got people wandering around and they all get along,” 2016 event coordinator Kim Gartner said. “It’s kind of like going to a family reunion so everyone looks after each other.”

For Macklin residents, Bunnock is a year round passion. Many residents have courts in their backyards and basements. Games have been known to break out at weddings. Kids even receive Bunnock sets for Xmas and birthdays. 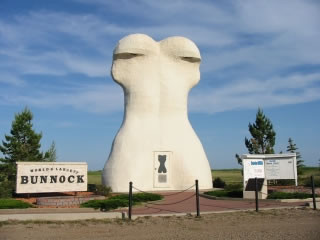 If you find yourself driving along Highway 14, you know you’ve reached Macklin when you spot the 32-foot tall (10m) horse ankle bone just outside town. And if you have a little time to kill, just pull into the local park and holler “Bunnock anyone?” You’re sure to find players and make a few new friends – tossing the ankle bones of horses.