Brother from Another Mother?

China’s history extends back an incredible 750,000 years to the time when Peking Man strolled about modern day Beijing. Given such vast time, its conceivable that evidence of ancient man, artifacts and bones, can be found just about everywhere.

In 2003 workers for the city of Chengdu were expanding the local airport. They discovered not one but nine tombs dating back to Han, the second imperial dynasty of China, 206 bc to 220 ad. Inside the tombs were hundreds of clay and bronze items, funerary objects buried alongside the dead. The objects were carefully removed and stored for future study and restoration.

One of the objects, a horse head recently caught historians’ attention after it was transferred to the Sanxingdui Museum in the city of Guanghan for restoration. In 2016, a museum employee posted a photo and quip about the sculpture on Weibo, China’s version of Twitter…

“I passed the restoration room today and saw the horse which looks like it has been poisoned.”

… and everyone went nuts. 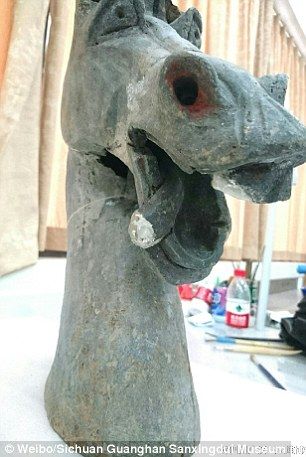 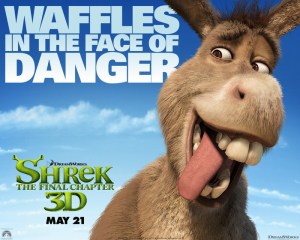 It seems the 2000-year-old sculpture has an uncanny, “neigh” freakish, resemblance to Donkey from the Shrek movies.

The startling similarities beg many questions – Is it humanity’s destiny to repeat ourselves? Is reincarnation real? Can donkey’s time travel? Have we entered some strange equestrian twilight zone?