Recently a Wisconsin horse farm lost 16 horses and more than 100 others showed signs of distress after eating blister beetles. The horses were fed alfalfa hay purchased at auction from South Dakota. Necropsies performed on each horse confirmed the cause of death: the diagnosis supported when beetles were found within the remaining hay. 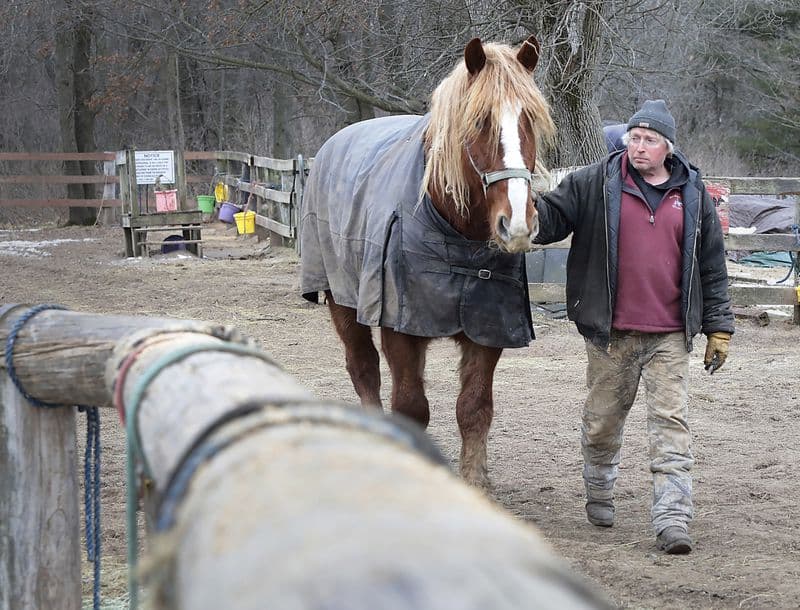 Blister Beetles are of the family Meloidae known for their defensive secretion of a blistering agent called cantharidin. The largest genus, Epicauta, exists globally and includes species native to all continents except Australia. Within the United States they are found through the central and southern regions living in highly localized swarms and feeding on flowering alfalfa and weeds. When alfalfa is harvested the beetles are occasionally baled into the hay.

Ingested whole or in parts only a few grams of Blister Beetle can kill a horse. Their secretion of Cantharidin is poisonous for large farm animals including sheep and cattle, however, it is more lethal in horses which have a more susceptible gastrointestinal system. Beetles do not need to be alive to be lethal: Cantharadin remains potent for months after a beetle’s death.

Once ingested, cantharidin most often affects gastrointestinal mucosa including the mouth, renal, bladder and heart muscle. Cantharidin is excreted through the kidneys and severely irritates the urinary system. Signs of exposure and toxicity manifest within 3-18 hours of ingestion;

Treatment
There is no antidote for cantharidin poisoning. Veterinary treatment is aimed at reducing further toxin absorption with intravenous fluids, activated charcoal and mineral oil or gastric protectants. The affects of cantharidin are dependent on the dose and the relative size and health of the horse. With quick diagnosis and treatment, horses may recover; left untreated death usually occurs within a few days. 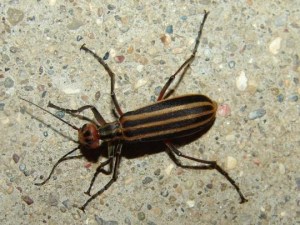 The three striped Blister Beetle is one of the most poisonous species.
Photo: Kansas State University

Farming Practices
The Blister Beetle population is contingent each year on the weather. They tend to thrive under drought conditions. They only live a few months in highly localized swarms (sometimes contained within a specific field). Adults feed on flowering alfalfa and weeds while the larvae feeds on bees and grasshopper eggs.

In the United States, sound harvesting practices for mitigating Blister Beetles include reduction of weeds and harvesting before or after the alfalfa plants bloom. Use of hay conditioners which crush the stalks to promote faster drying or a crimper which cuts and bales at once can increase the likelihood of blister beetles within the forage. When a field is cut to dry and harvested later the beetles have time to escape before baling.

What can you do?

Read Up on Swamp Cancer

Don’t miss WARHorses Article with the latest information about Swamp Cancer which is not just a problem for horses but also dogs, cats and even humans.

WILL YOU GIVE A BUCK?
WARHorses is a free online magazine and we want to keep it that way. You can help. If you find any value from this article please consider sending us a buck or two. Your contribution helps us to continue providing you with informative content. Thank you.