Not Just for Identification – Horse Tattoos

For centuries, horses were branded with a hot iron to identify ownership. In 1947 horse racing authorities embraced tattooing. Regulations required all North American racing horses, Thoroughbreds, Standardbreds, Quarter Horses and Appaloosas, to have an identifing lip tattoo before their first race. 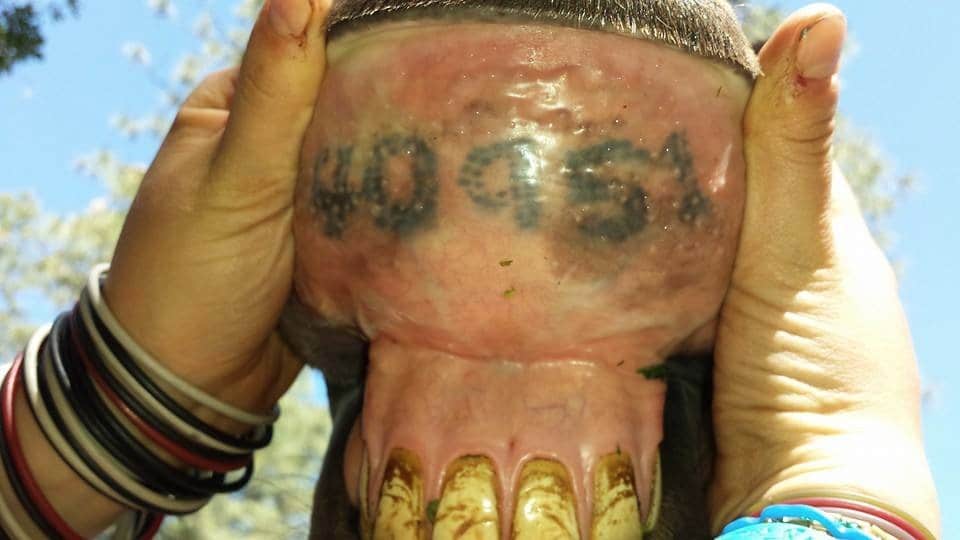 While tattoos have become the standard for identification, the process also offers a medical application. Light skinned horses are susceptible to the affects of sunlight.  Horses with little or no pigmentation in the skin around their eyes maybe prone to sunburn, cataracts and cancer of the eye. To mitigate problems and provide their horse with a normal lifestyle, some owners have turned to tattoos.

The premise is to encircle the horse’s eye with a black outline on the skin immediately around the eye. The black color absorbs the sunlight instead of reflecting it into the eye. The idea isn’t new, since the 1940’s football and baseball athletes have applied black grease paint under their eyes to mitigate glare. Some old timers even put dark shoe polish around their horse’s eyes.

Tattooing a horse is usually a collaboration between a veterinarian and tattoo artist. The horse is sedated for the procedure which typically takes about an hour. After horses may return to a normal turnout routine with an added measure of protection from the sun’s damaging rays.

This video features Ricky, a Spanish Mustang from South Dakota, who was tattooed in 2011. 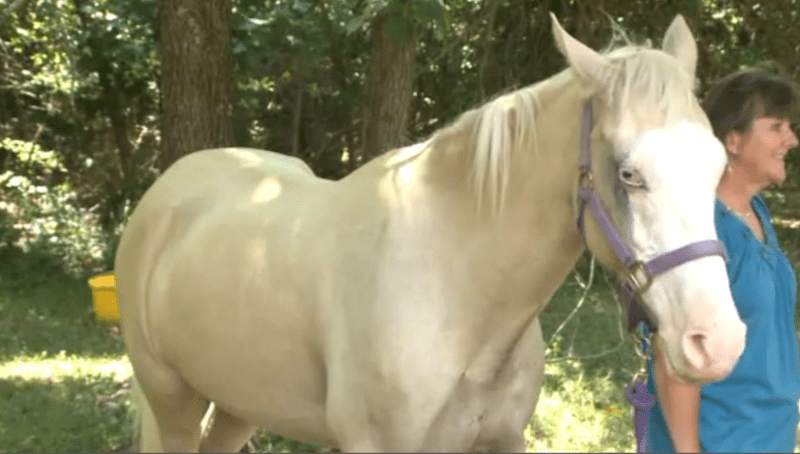 Ace, a Missouri Foxtrotter from North Carolina was tattooed in 2014. 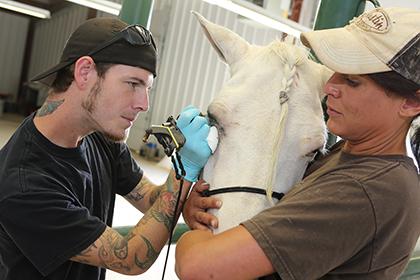 And then there’s this guy from New Zealand who took horse tattooing to a new level. But no worries, this tattoo was airbrushed and easily washed off. 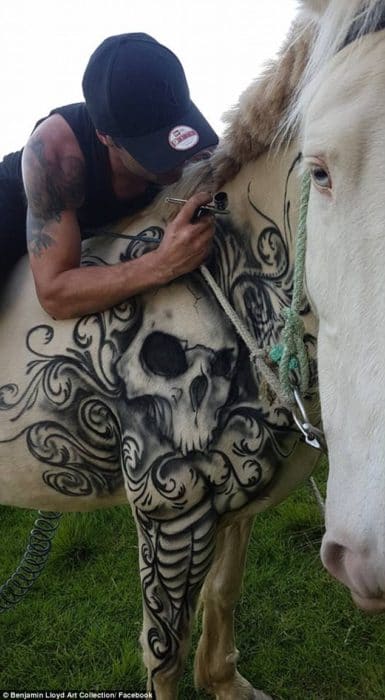